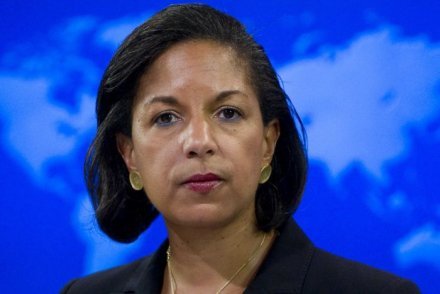 U.S. national security adviser Susan Rice is in Afghanistan, where she will meet with President Hamid Karzai, the White House said Monday.

"She will meet the president at his invitation," National Security Council spokesman Patrick Ventrell told Agence France Presse, adding that the meeting was added to Rice's itinerary of "travel around country" and visiting with U.S. troops, development experts and diplomats.

Ventrell did not say when the meeting between Rice and Karzai would take place.

Rice's visit comes at a critically important time, with the United States and Afghanistan hammering out the details of a security pact which would allow some U.S. troops to stay in Afghanistan after 2014.

A "loya jirga" assembly of 2,500 Afghani chieftains, tribal elders and politicians on Sunday overwhelmingly endorsed the agreement to permit some U.S. soldiers to remain beyond next year, when most of NATO's 75,000 combat troops will pull out.

The gathering urged Karzai to sign the deal promptly, although it is not clear when he will do so.

Rice's trip -- her first foreign travel since assuming the post as security adviser to President Barack Obama -- began on Saturday, but was only announced by the White House on Monday.

"Afghanistan continues to be one of the United States' top national security priorities, and this trip is an opportunity for Ambassador Rice to take stock of our efforts and meet with American troops" serving there, as well as with U.S. diplomatic officials, said a statement by NSC spokeswoman Caitlin Hayden.

Rice "is in Afghanistan November 23-26 on a long planned trip to visit our troops and civilians around the holidays, while also assessing the situation on the ground," she said.

In addition to her meetings with officials, Hayden said Rice was also to visit with U.S. service members ahead of the Thanksgiving U.S. holiday.

"On behalf of President Obama, she is thanking the men and women who are away from their families this Thanksgiving and serving in harm's way," the spokeswoman said.

"She will hear directly from U.S. troops, diplomats, and development professionals about our efforts as we move toward the responsible conclusion of our combat mission at the end of 2014 and as we continue to strengthen Afghanistan to ensure that it can provide security, governance, and opportunity for its people."

Her statement added that Rice would "also meet with Afghan civil society leaders and Afghan officials, as well as visit U.S.-supported assistance projects.