Three Startups Representing Lebanon in the Web Summit in Dublin! 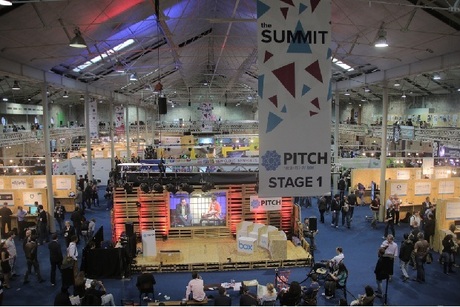 The Web Summit is a global gathering of the world's leading thinkers and doers in technology. It hosts over tens of thousands of the brightest minds every year and allows people to network, meet with journalists and connect with potential investors. The Summit is without a doubt the most awaited event of the year by entrepreneurs and anyone with a great tech idea or business will benefit from attending in many ways.

Among the 10,000 other attendees arriving from the four corners of the world, the Arab world - despite all the political tensions reigning the region - was still represented by several startups coming from the Gulf, Middle East, and North Africa. From Lebanon, six startups attended the event of which three had a stand in the exhibition area.

Sociatag, eTobb, and Lebtivity, three Lebanon-based startups, who launched between 2011 and 2013, were selected among thousands of worldwide applicants to exhibit as part of the Summit’s Alpha program. This program identified and invited a limited number of incredible early stage startups to exhibit for free! These three companies, along with et3arraf, Maze Solutions and Seeqnce who independently attended the conference, all packed their bags for Dublin this October 2013 to showcase their products and meet some of today’s most renowned tech companies such as Evernote, Google, Facebook, Box & many more.

All had different expectations, but for the most part, this was new ground. Thus, the main goal was to explore.

The Summit was divided into many sections, stages, and workshops which included the following:

Many side activities were organized around the Web Summit to allow for specific groups of people to get together and discuss their projects and ideas in a more informal fashion. Some of these events included the Leaders’ Lunch for female entrepreneurs, The Food Summit, and the Night Summit.

Benefits of the Web Summit for all startups

Discuss challenges of other startups in different countries

The Web Summit opened new doors for these startups and placed them under an international radar. The benefits of such a gathering are numerous! “We encourage all entrepreneurs to go next year because there is no way they won’t get something out of it” said CEO of Sociatag, Wassim Hakim.

In Lebanon, the opportunities for startups are still limited. Although this is slowly changing with new funds being created to help grow these businesses, the motivation and culture of starting your own tech business is not widely grasped and supported by our society and government. “Entrepreneurs must get out there and seize every opportunity that presents itself in order to represent Lebanon and learn from other countries in order to make Lebanon a better place”, stated co-founder of Lebtivity, Randa Farah. Paul Saber, CEO of eTobb added “Our testimonial today of the Web Summit is the exact message we are trying to deliver to the Lebanese people; and that message is: Get moving, do something! Don’t wait for things to come to you because they won’t”.