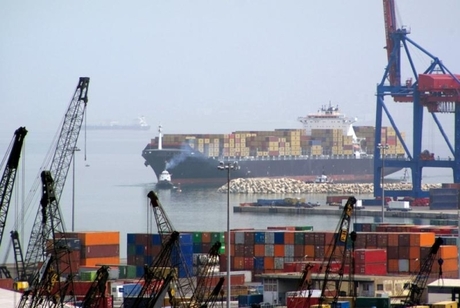 Customs agents held a strike at Beirut and Tripoli Ports, and at Rafik Hariri International Airport on Wednesday over the brawl between al-Jadeed crew and security officers at the downtown Beirut Customs office a day earlier.

The one-day strike affected the distribution of oil and gas to petrol stations.

Fadi Abou Shaqra, advisor to the Gas Station Owners Association, told Voice of Lebanon radio (93.3) that “there is no gas crisis in Lebanon.”

But tankers cannot go out of Beirut port unless the Customs agents are there, he said.

He hoped that Caretaker Finance Minister Mohammed al-Safadi would find a solution to the issue before it grows.

On Tuesday, al-Jadeed reporters were assaulted by security officers at the Beirut Customs office after one of the journalists used a megaphone to demand an interview with the acting director of Customs General Directorate, Shafiq Merhi, about alleged corruption.

Following a lawsuit filed by the TV station, the Central Criminal Investigations Department questioned the crew under the supervision of acting State Prosecutor Judge Samir Hammoud for several hours before releasing them.

A statement from the Customs said Tuesday that the journalist used degrading language, adding it was not the appropriate manner to request an interview.

Safadi met on Wednesday with Merhi, who told VDL that the action taken by Customs agents would be resolved “so that the interests of the Lebanese are not subject to paralysis.”

He also said that the Directorate would file a slander and defamation complaint against the al-Jadeed team.

how about the judiciary checks the assets of each customs agents?
that will demonstrate they are living way above what their salaries allow them.

I was passing by the port today and saw hundreds of people on the street. Some of which were in nice cars including Audi TT ... he parked in the middle of the road smiling and cheering and joining the movement...

The customs is one of the most profitable office in the country. It's Lebanon's worse kept secret.

Hat tip to those courageous journalists.

the answer should be to apply the 1930 law "min ayn laka haza" on all government officials from the smallest janitor to the big bosses but are these "officials" gonna let you do it and who will have the guts to do it?????????

There was a law called " Min Ayna Laka Haza".... It is not being applied. It should be applied to all government and law enforcement agencies personnel including the army. How can an army captain whose salary is less than 3000USD own a range rover, his children go to AUB/LAU, his wife drives a porsche, has 2 maids, and owns an apartment in Verdun. The commander of the army owns a yacht. Our ministers have private jets. Bassil has bought half of byblos and batroun.

The same reason a defected general ends up in Paris with millions in his bank account!

And they have the audacity to call their opponents corrupted !

that's shocking. the time has come to seize such properties and to auction them to people.

Guamerek they are known all over Lebanon that they are thieves and thugs and outlaws to say the least! Hail al Jadeed crew, as they are heroes and doing their work! In my work I have encountered Guamerek and bribed them over and over! so come on people stop hiding behind your finger

I never heard of a public service going on strike... Yalla, let the Lebanese army and police strike as well. What a farm we're living in !

I am sure that most custom officers are not corrupt but the impression I have is that there is systematic corruption and mismanagement at customs.
An overhaul of customs system and check and balances there is very important for our economy. Trade is vital for Lebanon and customs should be highly efficient the way their counterparty is in Dubai.

Fire them as they are protecting a gang of well-connected (to Hariri, Jumblat and Suleiman) drug traffickers.

Guys you're mixing things! There is not a poor Customs Officer in the world! No such an animal available! They are all thieves worldwide, but Piotr is right - they are state officers and their right of striking is suspended! They do not have right to strike! If they do - there is no country there, only a territory without laws!

what would happen if al jadeed crew were to protest like how they did in syria. they got what they deserve. we all know that channel is pro bashar and hezb iran. now they got a taste of there own medecine

@the1phoenix, not that i agree with Toronto but Al Jadeed is owned by Tahseen Khayat who we all know is loyal to Berri, if that is not enough Tahseen's daughter is married to Emaad Jomaa who's father is one of Berri's men, and Emaad's brother is married to Berri's daughter (one big happy family). So although i agree that Al Jadeed has in recent months moved from being a mouth piece of M8 to being somewhat more neutral when push comes to shove we all can guess what would happen.

We all know that the customs are for sale in this country, but we should not forget that media in Lebanon are famous for selling themselves to the higest bidder as well. No exceptions.

This is a bullying tactic to try to silence and bury this problem. If the Lebanese legitimately fear running out of oil then they are more likely to demand that this story dies down. Somebody should tell Shafiq Merhi and the Lebanese Customs officials that they forfeited their right to "appropriate language" the minute they started mass stealing from the Lebanese population. Also, customs officials do not have the right to lay a hand on citizens outside of the airport and port. Beating journalists in the middle of downtown is illegal and since these people apparently need reminding, so is embezzling, accepting bribes, stealing, and abusing power (all of which, these people are guilty of).

Can anybody post the names of these port officials and their affiliations. I would like to print an email booklet entitled "who is who at the port of Beirut". Under each entry a list of assets would be documented. The list should be distributed on every social media entity. Expose the mother fuckers to the rest of humanity. Lebanese are among the most intelligent people of the world in every aspect and every sector. However, the theme that runs through the international community depicts every Lebanese to be a crook, a thief, and a con artist. In order to change this view, the decent people of this country must act and use their intelligence to regain their honor and respect. The start is here in this post. I am not religious and hold no allegiance to any son of a bitch in Lebanon or abroad.

you will see that NO politicians are going to do a thing about the customs corruption because they ALL benefit from it... they'll find excuses... and i am afraid that if the journalists of aljadeed go to far they will either be sacked or worse....

The goal of customs(duties) and tariffs is to provide a minimum level of protection to local industry and manufacturing from international and foreign competition. But what industries are we protecting in Lebanon through these taxes and fees? Does Lebanon manufacture Automobiles? Do we produce cellular phones? Not since I last checked..

Customs in Lebanon are just another form of thievery and corruption that are being perpetrated against the people (of all communities and sects).

Not only do they want to rob the country blind, but they want to do it with brazen impunity. Welcome to the Iranian colony of Lebanon.

Bashir, Bashir where art thou oh Bashir. Lement and grief for a once in a lifetime leader who by a mere speech in front of the press, bought these hooligans and thieves to their knees.

1- khalli moudir il customs yissta2il and confess.mouhikamto
2- mouheikamit yalli darabo il msawrin la 3 snin ashgal she2a
3- 3milo temporary customs for 3 months new members trusted to keep the trade
4- establish a private independant commettee to oversee the customs work and to work on a new customs regulations. give it priorities to inspect any customs site without prior notice and have the ability to inspect any documents required and interviews without objections from customs
5 - The private committee by law if any corruption found to suspend the party behind it/or person in Jail with ashgal she2a from 3 years to lifetime.