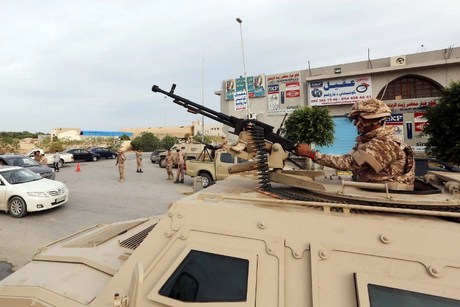 The owner of a Libyan radio station that broadcasts exclusively in English and plays Western music was found dead in his car, his body riddled with bullets, the broadcaster said on Monday.

Tripoli FM, which touts itself as Libya's number one radio station, went off air temporarily to mourn the death of Radwan Ghariani, head of programs Rabii Dahan said.

It was not immediately clear who killed Ghariani or for what reason but the murder comes amid a spike in violence in Libya as it struggles to rein in militias made up of former rebels who toppled long-ruling strongman Moammar Gadhafi in 2011.

Dahan said Ghariani's body was found in his car by a police patrol on Sunday night in the capital's eastern suburb of Ghot al-Roman.

"He was killed by four bullets. We don't yet know the reasons for this assassination but it is clear that robbery was not a motive," he said.

The radio offers Western music, as well as news and cultural programs and is among dozens of private broadcasters in Libya.

Ghariani, who was in his 40s, is the father of four daughters and had not received any death threats prior to his murder, Dahan said.