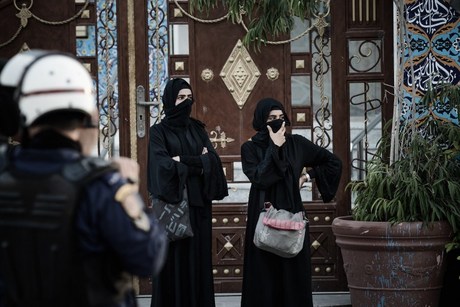 A Bahraini court on Monday sentenced 16 Shiites convicted of attacking a police patrol with Molotov cocktails to seven years in prison each, a judicial source said.

They were also found guilty of blocking roads by setting tires on fire in May last year and for taking part in an unauthorized protest during which a police vehicle was attacked, although no one was hurt.

The jail terms are the latest against Shiites accused of violence in the Sunni-ruled Gulf monarchy, where a Shiite-led uprising to demand democratic reform was crushed in March 2011.

Strategically located across the Gulf from Shiite Iran, Bahrain is home to the U.S. Navy's Fifth Fleet and is an offshore financial and services center for its oil-rich Arab neighbors.