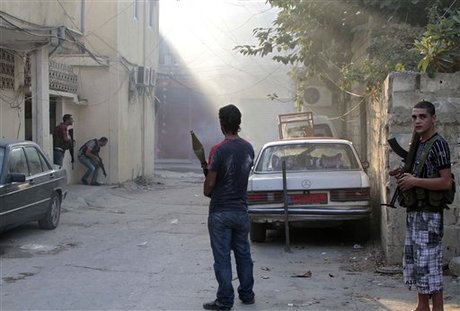 It said that the explosion went off shortly after midnight in the Taamir neighborhood of the camp that is located near the southern city of Sidon.

The army has since cordoned off the area and launched an investigation in the incident.

The National News Agency later said that only material damage was incurred in the blast, including damage to the car and surrounding area.

Asir, a 45-year-old cleric is wanted by the Lebanese authorities for clashes his supporters waged against the army in Sidon's Abra region in June.

Eighteen soldiers were killed and 20 others were wounded in the fighting. Twenty of Asir's gunmen were also killed in the unrest.

how about the murderer's hole in Dahieh where all the accused killers are hiding ? when will be its turn you think ?