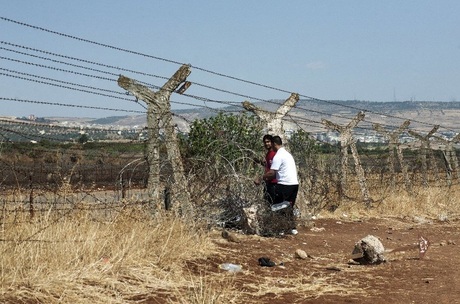 Turkish security forces have seized a truck laden with weapons bound for Syria and arrested three people including a Syrian, local media reported on Thursday.

Acting on a tipoff, security forces on Wednesday stopped the truck in the southern province of Hatay on the Syrian border, Hurriyet newspaper reported.

A significant quantity of ammunition and weapons were discovered in the truck, whose drivers claimed they were carrying aid on behalf of the pro-Islamic Humanitarian Relief Foundation (IHH).

But IHH dismissed the allegations as "slanderous."

"Our organisation has nothing to do with this case," a spokesman for the relief group told Agence France Presse.

Turkey is a vocal critic of Syrian President Bashar Assad and has openly supported the rebels fighting his regime, but has always denied arming them.

In December, local media reported that Turkey had shipped 47 tons of weapons to the rebels since June.

But Defense Minister Ismet Yilmaz denied weapons of war had been sent to Syria, saying only hunting rifles had been exported.

Turkey, which has been accused of turning a blind eye to fighters crossing its border into Syria, is sheltering about 600,000 Syrian refugees who have fled the civil war as well as the main Syrian opposition group.