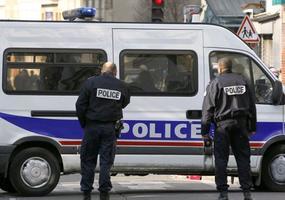 Turkey's spy agency has denied it was involved in the killings of three female Kurdish rebels in Paris a year ago but has launched an internal probe into the case.

A Turkish national has been charged in France over the triple murder but the motive remains unknown. Turkey has suggested the killings were the result of an internal feud in the rebel Kurdistan Workers' Party (PKK) over the peace process.

Turkey's National Intelligence Organisation (MIT) took the unusual step of issuing a statement after voice recordings and documents published in the media claimed it had paid around 6,000 euros ($8,000) to the suspect, Omer Guney.

"Our organisation has definitely no link with the murders of Sakine Cansiz, Leyla Saylemez and Fidan Dogan," MIT said in the statement issued late Wednesday.

"Nevertheless, an internal probe concerning the claims has been launched," it said.

"The reports are an operation aimed at tarnishing our organisation which has played an active role in the peace process."

The three PKK members were shot dead on January 9, 2013 at the Kurdish Information Center in Paris and Guney, 30, was subsequently charged.

French authorities described him as an ethnic Kurd who had acted as an occasional driver for Cansiz, a co-founder of the PKK.

But the PKK denied that Guney was one of its members.

Last week, Turkish police fired tear gas and plastic bullets at hundreds of demonstrators demanding justice for the rebels on the anniversary of the killings.

The PKK declared a truce in March 2013 after months of clandestine negotiations launched with the spy agency the year before.

But the peace process stalled in September after Kurdish rebels announced they were suspending their retreat from Turkish soil, accusing the government of failing to deliver on promised reforms.

The PKK, which is blacklisted as a terrorist group by Ankara and its Western allies, launched an insurgency seeking self-rule in the southeast in 1984 that has claimed about 45,000 lives.

Jailed Kurdish leader Abdullah Ocalan warned on Saturday that the peace process could not remain in limbo forever.