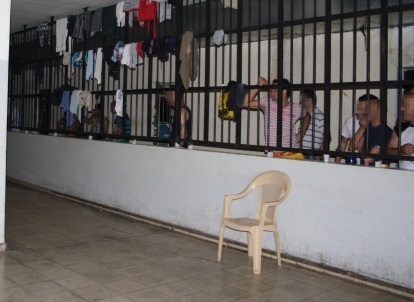 Several inmates at the Zahle prison on Tuesday set ablaze one of the wings at the facility to protest alleged abuse by an officer and their living conditions.

“Inmates torched one of Zahle prison's wards in protest at the practices of one of the officers against them,” MTV reported.

Meanwhile, al-Jadeed television said the prisoners have asked State Commissioner to the Military Court Judge Saqr Saqr to “open the doors” and “put an end to drugs in the prison.”

Later on Tuesday, state-run National News Agency said “the mutiny of four inmates at the Zahle prison has been brought under control after they rioted over a decision to close the doors of rooms earlier than usual."

"Normalcy has been restored" at the facility, the agency added.

This is not the first riot at the Zahle prison and overcrowded jails across the country witness frequent protests as inmates living in poor conditions demand better treatment.

Yeah let them burn there...