Indian Pupil Jumps to Death from 17th Floor in Dubai 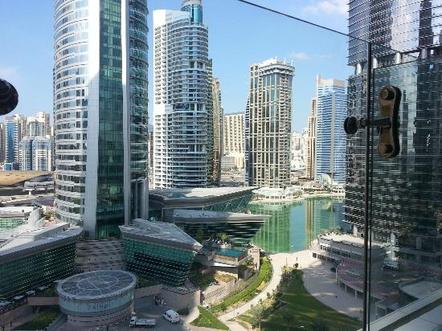 A 14-year-old Indian schoolgirl jumped to her death from the 17th floor of a Dubai tower after her father scolded her for cheating in an exam, local media reported Monday.

A cleaner alerted police after he found the girl's body lying on the ground in the Jumeirah Lake Towers neighborhood, Khaleej Times reported.

Police investigators found that a teacher had caught the girl cheating in an exam and warned her that she would be expelled if it happened again.

At home, her father scolded her when he found about the cheating incident, the paper said.

"Her parents told us that when she returned home, she was distraught and very upset. Her father, who came to know about the cheating, also chided her. She went to her room and locked the door," the daily cited a police officer as saying.

The parents only found out about their daughter's suicide when police informed them.

Its indeed a very sad news for the parents and the poor child. And with due respect to all, one thing is not clear, how a 14 year leave the house reach the so called tower up to 17th floor and is this floor open for the people to jump, were the hell the security and where the camera footage, there is something hidden in this story the real story is something else . . . I am not buying this story a thorough investigation should be done . . . .