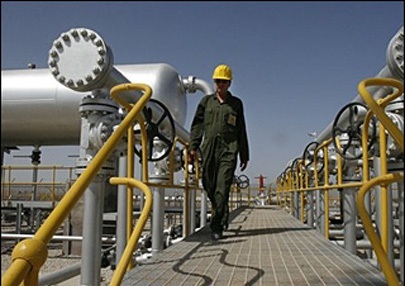 Kuwait plans to raise its oil production capacity by 150,000 barrels per day to 3.4 million bpd by mid-2015, a top oil executive in the oil-rich Gulf state said Tuesday.

"(Kuwait's) current production capacity is 3.25 million bpd. We plan to add another 150,000 bpd by mid-2015," said Hashim Hashim, the chief executive officer of Kuwait Oil Company, which is responsible for exploration and production.

The company also plans to add between 400,000 and 500,000 bpd to the country's production capacity to fulfill Kuwait's aim to raise output capacity to 4 million bpd by 2020, Hashim said on the sidelines of the global oil and gas conference.

He said Kuwait currently pumps around 3.0 million bpd and could "increase production depending on market conditions."

Hashim also said that he believes that current oil prices of just over $100 (70 euros) a barrel are "fair."

Speaking during the conference, KOC acting manager for contracts Moomen al-Ghawas said the company has contracts under construction worth $35 billion.