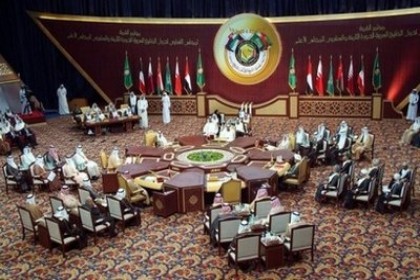 Regional heavyweight Saudi Arabia, the United Arab Emirates and Bahrain said the decision was made in protest against Qatar's alleged interference in their internal affairs. Doha said it regretted the recall of its envoys but would not follow suit.

GCC nations "have exerted massive efforts to contact Qatar on all levels to agree on a unified policy... to ensure non-interference, directly or indirectly, in the internal affairs of any member state," the three states announced in a joint statement.

They said they had asked Qatar, a perceived supporter of the Muslim Brotherhood, which is banned in most Gulf states, "not to support any party aiming to threaten the security and stability of any GCC member," citing antagonistic media campaigns.

Critics accuse the influential Doha-based Al-Jazeera satellite channel of biased coverage in favor of the Muslim Brotherhood, and several of its journalists are on trial on Egypt for allegedly supporting the group.

The joint statement said Doha had failed to comply with a commitment by Qatar's emir Sheikh Tamim bin Hamad al-Thani to non-interference, made during a summit in Riyadh last year with Kuwait's emir and the Saudi monarch.

During the tripartite meeting in Riyadh in November, Kuwait's emir Sheikh Sabah al-Ahmad al-Sabah had tried to ease tensions between Saudi King Abdullah and Sheikh Tamim.

But the ambassadors' recall followed what newspapers described as a "stormy" late Tuesday meeting of foreign ministers from the six-nation Gulf Cooperation Council (GCC) in Riyadh.

The pan-Arab Al-Hayat daily reported that the "marathon" talks lasted nine hours because of "differences on several issues, among them inter-Gulf relations".

Qatar said the recalls were linked to "differences over issues outside the Gulf Cooperation Council", apparently referring to Egypt, where Doha supported Islamist president Mohammed Morsi while most Gulf countries hailed his overthrow by the army.

"The move taken by the brothers in Saudi Arabia, UAE and Bahrain has nothing to do with the interests of the Gulf peoples, their security and stability," said a Qatari council of ministers statement.

"Qatar is very keen on maintaining brotherly links between the people of Qatar and all other Gulf peoples," it said, stressing that it would not recall its own envoys.

Saudi Arabia and other Gulf monarchies have long been hostile towards Morsi's Muslim Brotherhood, fearing that its brand of grass-roots activism and political Islam could undermine their authority.

Most Gulf states hailed the military overthrow of Morsi in July and pledged billions in aid, while Qatar has seen its influence in Cairo evaporate.

Tensions that have been rising for months peaked in early February when Abu Dhabi summoned Doha's ambassador to protest against "insults" to the UAE made by Egypt-born cleric Yusef al-Qaradawi, a Qatari citizen.

"It seems that the old guard is still active and influential in Qatar," he said, referring to the entourage of former emir Sheikh Hamad bin Khalifa al-Thani, who had championed Qatar's activist foreign policy before abdicating in favor of his son Tamim last year.

Differences with Qatar are also linked to its "increased coordination with Turkey at the expense of other Gulf monarchies," which view Ankara's regional ambitions with unease, Abdulla said.

For the three Gulf states, "it is now the time to pressure Qatar to change its policy, which has become unacceptable on an Arab and regional level."

On Monday, a UAE court which has jailed dozens of Emirati and 20 Egyptian Islamists sentenced a Qatari to seven years in prison after convicting him of raising funds for a local Muslim Brotherhood-linked group, Al-Islah.

A Qatar rights body on Tuesday slammed the ruling as "unfair", saying he had been convicted based on confessions made under torture.

The GCC, formed in 1981, also includes Kuwait, which is currently the bloc's president and preparing to host the Arab summit later this month, and Oman.

was it not hizbiran that was praising qatar and his emir in 2006?
Now it is an US/israeli...

nice triple backward somersault ft, but u didn't answer the question, like many others coz u're all about propaganda, slander, insults but no logic or evidence to back ur posts.

FT so the US base was always there even in 2006...nothing changed with that.

let me make it simpler for cedre to understand:

what about saudi arabia or the custodians of the holy mosques???
lol you think they are a sovereign nation?
the entire arabian gulf is a us military base lol

the point is: down with US imperialism!

ibinladen you dont have to necessarily boycott all their products. if they have something you can use then use it. using their products doesnt not mean you have to accept their troops all over the world, their drones executing people arbitrarily everyday, and their bloody wars

My reply was to Flamethrower, Captain.

Oh my, a qatari spring sounds near.

It will also reach Iran. As a maater of fact, it did start in Iran and was crushed by the thugs of the Mullah regime(including the Lebanese Hizballah). Freedom is contagious.
None of the backward regimes will survive for ever. Enjoy your Hizballah hegemony over Lebanon while it lasts.

please continue making jokes ghassan, the way you say them is priceless, almost as if you truly believed it yourself!

You can put as much paint on the elephant, he will still visit ksa and his dream illusion will not come true and lead to presidency.

Lebanon relies on the gulf financial aids wether you like it or not, you need to acknowledge that fact, Iran is only capable to arm the militia to control Lebanon for their ideology otherwise everyone else is Israeli Mossad American imperialist even if you deal with the germs or French, you are with us or else against us.

Yalla, Arab Spring in all the Gulf countries please!