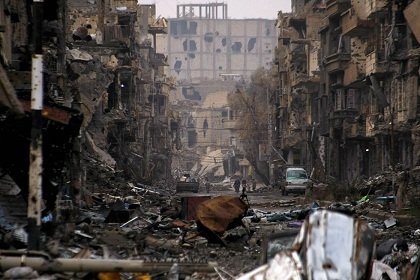 French prosecutors on Friday charged two women over the disappearance of a 15-year-old girl who is believed to have traveled to Syria to fight alongside jihadist rebels.

The pair were charged by a Paris court with complicity in criminal association in relation to a terrorist undertaking, a judicial source told AFP.

Investigators suspect that the high school girl from the southern city of Avignon had briefly stayed with one of the two indicted women.

One of those, a 24-year-old mother of four, is a resident of a Paris suburb and is believed to have been preparing to travel to Syria herself to join her husband and support jihadists in their fight against President Bashar Assad's regime.

"My client denies any desire to leave for Syria with her children. It appears she has fallen prey to pressure from abroad," the mother's lawyer, Yassine Yakouti, said on Thursday.

According to Interior Minister Manuel Valls, as many as 700 French nationals could have joined the fighting in Syria.

Another four people -- three men and a woman -- suspected of being involved in organizing travel to Syria for the purpose of waging jihad (holy war), were also charged in a separate case.

The woman, 21 years old, who has been placed in provisional detention, is accused of organizing a system of fake consumer credit to finance jihadists, said a source close to the case.

Another two men are being held in detention and a third was conditionally released.

They are accused of organizing training in the Paris region and contacting French "facilitators" living in Syria, whom intelligence services believe are involved in organizing the arrival of their compatriots in the war-torn country and sending them to conflict zones.

i doubt she went there to "fight"... unless on her sexual jihad she had to fight off the hordes of animals to keep them from mounting her ten at a time.