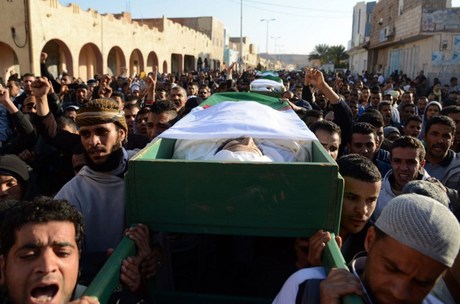 At least 35 people, including 17 police, have been wounded in renewed clashes between Arabs and Berbers in the southern Algerian town of Ghardaia, a medical source told Agence France Presse on Monday.

The wounded were taken to hospital after the latest round of fighting broke out late Saturday, said Abdelbaki Bouhafs, a health official in the town, 600 kilometers (370 miles) south of Algiers, on the edge of the Sahara desert.

The region's two communities have coexisted for centuries, but rising sectarian tensions were inflamed by the destruction of a historic Berber shrine in late December.

Hundreds of homes and shops have been burnt down or damaged in Ghardaia, a UNESCO world heritage site and once-popular tourist destination famous for its traditional white-washed houses and bustling market.

Some 10,000 police and gendarmes were deployed around the city's main streets last month in a bid to restore order.

On Monday, many shops were closed and schools remained shut after the end of spring break, according to witnesses.

Mohamed Tounsi, a prominent Mozabite, said the situation was "unmanageable" and has left much of the city deserted, with each community keeping to its own areas and parents afraid to send their children to school.

Bouameur Bouhafs, head of a Chaambas foundation, said calm had returned but that it was "very, very tense," particularly along the fault lines between the two communities.