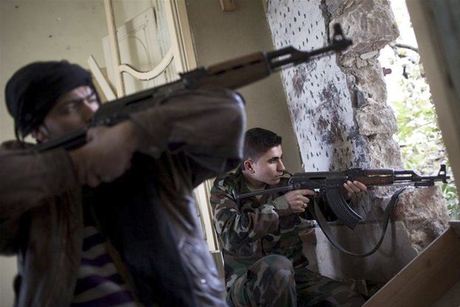 Britain was on Thursday investigating reports that two of its nationals have died while fighting in Syria.

The Britons are believed to have been fighting for the jihadist Islamic State of Iraq and the Levant against another rebel group.

A Foreign Office spokesman said: "We are aware of reports and are looking into them."

Shiraz Maher, senior fellow at the International Center for the Study of Radicalization (ICSR) at King's College London, said on Twitter: "It appears two British citizens have died in Syria while fighting for ISIS. They were fighting Jabhat al-Nusra at the time."

Jabhat al-Nusra is linked to al-Qaida.

A British teenager, Abdullah Deghayes, 18, was killed fighting in Syria last month. His father said two of his other sons were also in Syria.

Around 400 Britons are believed to have gone to Syria over the last two years, authorities believe and around 20 have died.