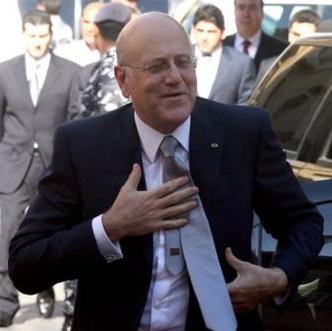 Contacts are ongoing between Hizbullah, the Free Patriotic Movement and AMAL to discuss the steps that should be taken after the Special Tribunal for Lebanon probing the assassination of ex-Premier Rafik Hariri published the indictment, al-Liwaa newspaper reported on Thursday.

The STL published on Wednesday the indictment after it said there was enough evidence to try four Hizbullah members in the murder of Hariri.

The discussions also tackle what the STL will publish about the cases of the attempted murder of former Ministers Elias Murr and Marwan Hamadeh, and the assassination of former Community Party leader George Hawi.

The newspaper reported that the three parties are considering the toppling of the current cabinet through the resignation of 11 ministers (one third + one), therefore transforming it into a caretaking government.

Al-Liwaa said that the resignation of the cabinet relieves it from its responsibilities towards the tribunal and the international community, on the basis that the executive authority in the country takes the required decisions.

Sources told the newspaper that the electricity bill proposed by FPM leader MP Michel Aoun could be the issue that blows up the situation, after he (Aoun) threatened to resign if the cabinet didn’t pass the bill for discussion at the parliament.

This government would come down as the lousiest and shortest lived in Lebanon s history. However it s single merit would have been to relieve M14 from the duty for reserve they would have had, had they been holding power. At least they can now fight their case openly, and tell the Padrino :you have been stripped naked!

An education is important kids. Stay in school :)

lol what a joke i was having the same discussion few days ago about "Abou Hassan Michel Aoun" that he was going to resign over some stupid reason cause his Master ordered him to....i hope he resigns so the rest of these M8 donkeys that actucally follow Aoun might wake up out of there dream world.One can only Hope.Thank you

And so we inch closer and closer to the objective of the Hezbollah project for Lebanon -- the elimination of constitutional government and the making of Hezbollah, the de facto government, into simply the government. Lebanon, the most sophisticated, culturally rich state in the region is to become a pariah Hezbollahstan.
The country will be required to crawl into the hole in the ground where Nasrallah lives so as to protect Hezbollah. And who is driving the bus that is taking Lebanon down into that hell pit -- the paid bus driver known as Michel Aoun.

where are all the idiots who were earlier praising this mob?

So Hezbollah puts the the protection of their criminals ahead of the nation,

GMA puts enriching his retarded son-in-law ahead of the nation...

Yes yes, topple hariri's government, now your own, just to dismiss the tribunal...what an innocent group!!! If these men cared about Lebanon, they wouldn't drag it into another maelstrom just for their buddy Hassan nasrallah. There will be no excuse why a cabinet of one color would resign fsor other than the obvious (STL). Either way, it's a win win for m14. The tribunal will continue it's work, bc it's already been agreed upon by the Lebanese government, and it will expose these frauds for who they are; corrupt foreign agents who can give two shits about the Lebanese people.

So the government formation would last longer than the actual Miqati government, only in Lebanon does this sort of thing happen. After all the controversy and bickering this is what it comes to?

M8 is in severe damage control mode on all fronts. Their world is collapsing. They are resorting to desperate measures. Syria will fall, the Miquati gov't will fall, and the Hezz will be in a corner lashing out at everyone and threatening everyone inside Lebanon.