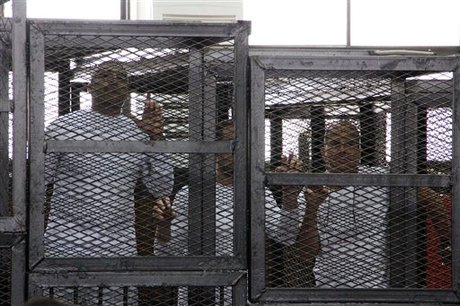 The army-installed government has rounded up thousands of Morsi's supporters and put them on trial in mass hearings since his ouster by the military in July last year.

The often speedy mass trials have jailed hundreds for lengthy terms and even handed down death sentences, triggering international outrage.

The 169 defendants were accused of taking part in "riots" during a violent protest in Cairo on August 14, when police killed hundreds of Morsi supporters at two sit-ins in the capital.

A relentless crackdown on Morsi's mostly Islamist backers since his ouster has killed more than 1,400 people, and seen 15,000 others jailed.