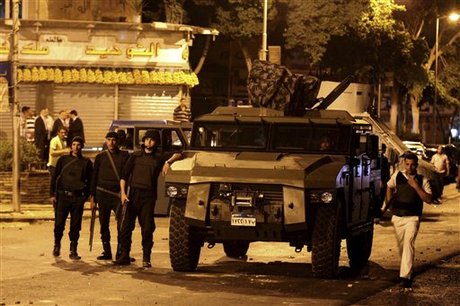 A student was killed and another wounded Tuesday when supporters of Egypt's ousted president Mohammed Morsi and police clashed outside Cairo University, the health ministry said.

Engineering student Islam Mohammed was killed when he was hit by birdshot as the clashes erupted, it said.

Overnight, gunmen in a car fired at a group of police outside the capital's al-Azhar university, killing three and wounding nine. The attack came as pro-Morsi students protested at the university.

Student backers of Morsi have staged regular demonstrations on campuses as a police crackdown has weakened their ability to hold large street protests.

Sisi is now standing for president in the May 26-27 election which he is expected to win easily.