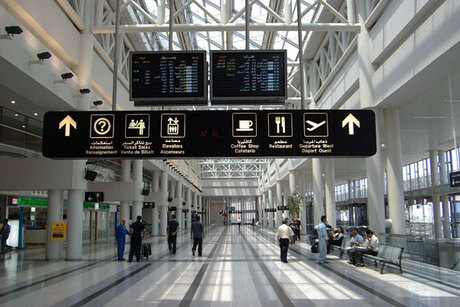 Lebanese authorities have deported a Frenchman, who was planning to head to Syria to carry out a suicide bombing there, As Safir daily reported on Tuesday.

The man, who was not identified, was arrested at Rafik Hariri International Airport a few weeks ago by Lebanese security forces after receiving a tip from a European agency, it said.

But the Lebanese state deported the man after coordination with the French authorities.

As Safir added that the suspect was on his way to Syria to carry out a suicide bombing under the orders of a network belonging to al-Qaida.

Meanwhile, Lebanese authorities are questioning a French citizen, originally from the Comoros islands, who was arrested in Beirut's Hamra district last Friday.

Reports have said that the man had been waiting instructions on the location of a suicide bombing in Lebanon.

There is certainly a lot to find outt abvout
this issue. I love all the points yyou have made.

I am sure he was "French", a french speaking berber that is.

why deport him? He may come back for another "divine" mission
just hang him

bravo France and Europe in the name of democracy u are importing filth upon your continent and giving them passports too .... Europe is becoming from the most civilized and old continent to a shelter of suicide bombers and illeterate degenerates that aare harming u and the whole world!!
this is the biggest insult i ever heard ' french suicide bomber '

It was Karim Benzema

very funny comments like usual, gregarious instinct at his best.
So 102 suspected terrorists were arrested, 101 were released and one deported... u cant make this up, dawlat mickey mouse...