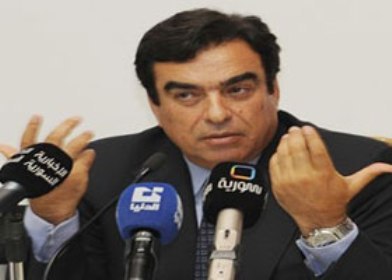 The MBC media conglomerate has canceled a show by a popular Lebanese presenter known in the Arab world for hosting the Arabic version of "Who Wants To Be a Millionaire?" because of support of Syrian President Bashar Assad.

The Dubai-based MBC Group said it has decided to cancel a show hosted by George Qordahi that was to start airing next week "out of respect for the feelings of the Syrian people."

A statement posted on the group's website said a large number of Syrians and some writers and journalists had launched a popular and media campaign against Qordahi because of his pro-regime position.

The five-month uprising against the Assad family's 40-year dynasty rule has split Arab and Syrian intellectuals and artists into pro and anti-regime camps, and the internet is rife with "shame" and "honor" lists that classify celebrities according to the positions they have taken on the revolt.

Qordahi is a popular TV show host known best for his yearslong hosting of the "Millionare" show.

He was to host a show called "You Deserve It" that was expected to air starting with the Muslim holiday of Eid al-Fitr, which caps the fasting month of Ramadan and starts Monday.

There was no immediate comment from Qordahi, who in a speech in Damascus called the uprising in Syria a "foreign conspiracy" and a government reform plan was the only means to build a future in Syria.

Qordahi later retracted his comments, saying they were misinterpreted and that he was concerned that the change in Syria and other Arab countries take place without chaos.

Human rights groups say more than 2000 civilians have died in the government's crackdown on the protest movement.

that's it,whenever the USA wants to topple a certain president or destroy a certain regime we all have to obey, the USA is even ready to sack our bengali concierge if he ever support president Assad's regime!!