Turkey to Host Conference for Muslim Scholars to Reject 'Caliphate' 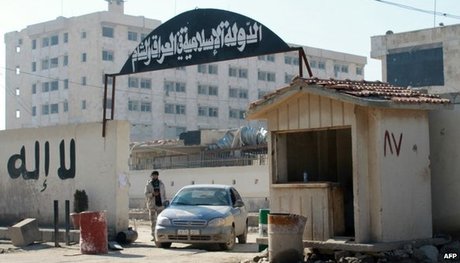 Turkey is seeking to host a conference for Muslim scholars in Istanbul during the upcoming days to reject extremism and violence and to safeguard Islam against the so-called "caliphate" that was declared by Sunni militants in Iraq and Syria.

A Turkish envoy held talks with several Muslim scholars and clerics in Beirut to invite them to attend a conference in Istanbul between July 17 and 19, As Safir newspaper reported on Tuesday.

The daily said that the invitations come on behalf of the President of Turkish Religious Affairs, Mohammed Kormaz, in an attempt to bring together Muslim scholars at a conference under the title “World Islamic Scholars Peace, Moderation and Common Sense Initiative.”

Several invitations have been sent to Muslim scholars in Iraq, Syria, Saudi Arabia, Egypt and other countries, the newspaper said.

In June, ruthless jihadists spearheading a Sunni militant offensive in Iraq have declared an "Islamic caliphate" and ordered Muslims worldwide to pledge allegiance to their chief, in a spectacular bid to extend their authority.

The Islamic State of Iraq and the Levant (ISIL) renamed itself simply the Islamic State (IS) and declared its shadowy frontman the leader of the world's Muslims, in a clear challenge to al-Qaida for control of the global jihadist movement.

IS announced that it was establishing a "caliphate" -- an Islamic form of government last seen under the Ottoman Empire -- extending now from Aleppo in northern Syria to Diyala province in eastern Iraq, the regions where it has fought against the regimes in power.

In an audio recording posted online, the group declared its chief Abu Bakr al-Baghdadi "the caliph" and "leader for Muslims everywhere". Henceforth, the group said, he is to be known as "caliph Ibrahim" -- a reference to his real name.

Bravo Turkey. What there saying WS is that this Baghdadi guy just go off and elect himself as a caliph. .. On another note having discussions with friends about this the other night I have ordered all my friends to call me Queen (>>>) LMAO and everyone should bow before me and kiss my hand too. We all laughed. Once again BRAVO Turkey

Regardless of what Turkey does on the logistics side at least their pointing out that you cant elect yourself as a caliph. I am a Muslim and love the fact their other religions in the middle east. I don't want to see the entire area made into a caliphate, I would like the ME to continue it diversity in culture and religion. That's how the world is diverse of many ethnic religions and backgrounds. I hope it stays
that way.

prove it or go back to ur captagon and narguilleh...

no evidence in there, nothing, an israeli general and or pkk ie anti turkish fighter...

there is nothing there and u know it.
But I thank u to post alalam, an official iranian agency, showing us ur sources...
Btw i didnt report u, i'd rather the people see what 'evidence' u use...

it seems that the sunni/shia conflict is close to come to Lebanon with force very soon.
the result of such a war is that in a few years shia would have fled the country as well as sunnis, and what is left, i.e. sunnis and druze will divide the country between them.

The lunatic Sannis will meet to selectively reject a Sanni lunacy. Good luck, Sannis. How about gathering lunatic Sanni sannientists and have them work on an impossible treatment for the genetic mutation that affects the Sannis and that is known as the Sannis Lunaticus Berserki? Something like this should keep them and all future generations of Sannis busy until the natural end of the universe.

Another great example of political hypocrisy from Erdogan's AKA PARTY... Domestic 2 faced policy - Erdogan thinks we live in his computer illiterate world where less than 50% have computers and over 70 million people population in Turkey and the largest selling newspaper is the anti government corruption Zaman sells just over a Million...(google 'zaman' - there's an English version for up to date inside Turkey brave stories) ...

Erdogan will probably be killed off by the monsters he is creating either wilfully or through deliberate neglect...

We stumbled over here different web address and thought I might as well
check things out. I like what I see so i am just following you.

Look forward to looking at your web page for a second time.