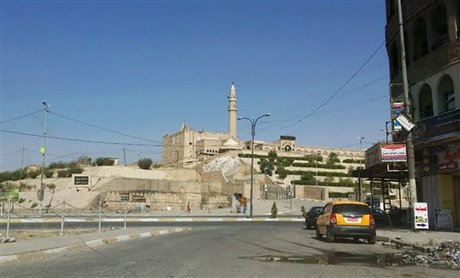 When Islamic State fighters first seized Iraq's city of Mosul, life improved for many residents. But some now say the economic and cultural cost of jihadist rule is beginning to bite.

The bomb attacks, shootings and kidnappings that kept many residents of Iraq's second city in a constant state of fear all but stopped when IS took control six weeks ago.

The many streets closed off by Iraq's Shiite-dominated security forces, despised by many in the mainly Sunni city, were reopened. Checkpoints were dismantled and heavy-handed policing toned down.

"When the army left and the gunmen came it was the first time we could breathe. Before I had to wait two hours in traffic just to get to work because of all the checkpoints. Now I can get to my shop in 10 minutes," said Mohammed Azhar, 32.

But as the euphoria dissipates after the Islamic State's June 10 capture of the city, the costs of living in the heart of their newly declared "caliphate" are starting to pile up.

Fuel is becoming scarce, electricity intermittent at best, and goods that violate the jihadists' puritanical version of Islam are disappearing from the shelves.

Harsh rules are gradually being imposed, which in recent weeks have resulted in the expulsion of Mosul's Christian community and other minorities that for generations had called the cosmopolitan city home.

Residents who have not already fled now wait in fear of yet more restrictions on their lifestyle.

"As time goes on we're surprised by new laws. For example jeans are banned, any fashion is banned. T-shirts with numbers and letters on them are banned. Women must cover their heads, and dark colours are preferred for clothes," said a civil servant who declined to be identified.

Islamic State has taken an incremental approach to enforcing its writ.

There have so far been no verified reports of brutal public executions of the kind IS has carried out in the Syrian half of the "caliphate".

Small groups of black-clad IS members patrol Mosul's streets on foot, while others cruise around in vehicles appropriated from the Iraqi police, with a new "Islamic Police" logo.

Playing cards and dominoes has been prohibited and hookah pipes have been banned, the civil servant said. Smoking is also forbidden, but according to multiple sources the rule is not strictly enforced, although new deliveries of tobacco into the city have been blocked.

So far, one of the most painful aspects of the jihadists' occupation has been economic.

"The gunmen told me and other neighbouring shops to quickly sell our products, which are women's clothes of different styles, fabrics, colours and not to display them at the front of the store," said Zayed Mahmoud, 30.

Now all he is allowed to sell are face veils and different types of all-enveloping abayas, for which there is -- at least for now -- little demand in Mosul.

The civil servant said he and other government employees had not been paid, and that the city's wealthy residents had already fled. Those who remain are saving their cash and spending only on necessities.

Further depressing the economy, the fuel shortage combined with security problems has hampered trade with other Iraqi regions and nearby Turkey and Syria, a painful development for a city that has long been a commercial hub.

"The demand is due to the falling prices of fruit and vegetables because of the lack of fuel, of electricity, which stops the grocers from storing their goods... or taking them to other provinces," said grocer Abu Ali.

More painful than the tanking economy has been the ruthless purge of Mosul's minorities and the obliteration of some of the ancient city's most prized heritage.

There were still thousands of Christians in Mosul only two months ago, but nearly all fled when they were given an ultimatum to convert, pay an unspecified tribute, or leave on pain of death.

Shiites, who IS militants consider heretics and associate with the government they want to topple, have been treated even worse.

Sunni and Shiite officials say militants have destroyed or damaged dozens of shrines and Shiite prayer halls in Nineveh province, of which Mosul is the capital.

The often richly decorated shrines connected to biblical figures such as Seth and Jonah once made the city proud, and their destruction has sparked outrage in Iraq and abroad.

"The destruction of the shrines has really hurt us, as has the expulsion of the Christians," the civil servant said.

"I felt as if they've killed the city. That's it, the country's finished, and the city has no value. I can barely describe it to you. It's as if they killed us inside."

Thats what IS want destruction on a major scale. Sunni extremists actually correction extremists on all LEVELS of Any polictal or religous sect will feel the bite. But I hope that this bite it will come back to haunt them themselves and get a taste of their own BAD MEDICINE. INSHALLAH.