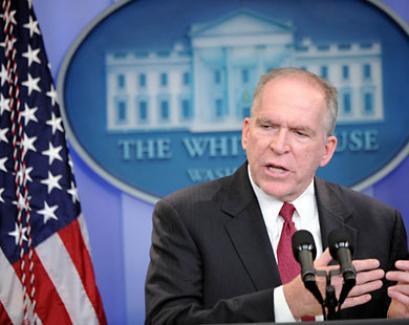 The head of the CIA has apologized to U.S. lawmakers after an investigation confirmed claims that his officers had "improperly" accessed Senate computers, the agency said Thursday.

In March, CIA Director John Brennan dismissed allegations the agency had spied on Senate intelligence committee investigators probing torture allegations, insisting: "Nothing could be further from the truth."

But on Thursday, in an abrupt climb down, the U.S. intelligence agency confirmed that a review by its own inspector general had confirmed that officers had indeed acted beyond their authority.

A spokesman said Brennan had informed Senate Select Committee on Intelligence (SSCI) Chairwoman Senator Dianne Feinstein and her deputy "and apologized to them."

The scandal centers around a computer archive, RDINet, set up by the CIA in a secure building in Virginia to make classified documents available to Senate officials investigating allegations that the agency tortured prisoners between 2002 and 2006.

In March, Feinstein furiously accused the CIA of penetrating this network during the Senate investigation, an apparent breach of the U.S. Constitution's separation between the legislative and executive arms of government.

On Thursday, the agency admitted "some CIA employees acted in a manner inconsistent with the common understanding reached between SSCI and the CIA in 2009 regarding access to the RDINet."

CIA spokesman Dean Boyd said a new inquiry -- an "accountability board" with the power to discipline officers -- would be forced under the chairmanship of former senator Evan Bayh.

Feinstein confirmed she had been briefed on the CIA inquiry and described it and the accountability board "as positive first steps."

"The investigation confirmed what I said on the Senate floor in March," she said.

"CIA personnel inappropriately searched Senate Intelligence Committee computers in violation of an agreement we had reached, and I believe in violation of the constitutional separation of powers."

The committee's 2009-2012 investigation produced a secret 6,300-page report into "enhanced interrogation techniques" -- including some normally regarded as torture, such as waterboarding -- used by the CIA in the first years of the so-called "war on terror."

In theory, the report should eventually be declassified and made public, but President Barack Obama's administration has yet to complete the procedure to do so.