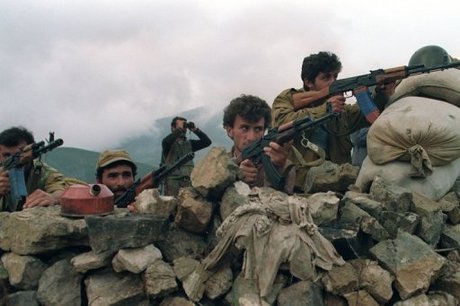 Azerbaijan said Friday it had lost eight soldiers in three days of clashes with arch-foe Armenia near the disputed Nagorny Karabakh region in a dramatic spike in tensions in the long-simmering territorial conflict.

Azerbaijan's defense ministry said Armenian troops had ramped up their activity in the past few days and attacked Azeri positions.

"Reconnaissance and sabotage groups of the Armenian armed forces attempted to break through the line of contact between the troops along the entire front line," the ministry said, adding that Armenian troops had been repelled.

"As a result of clashes over the past three days, eight Azeri troops have died," it said.

Azerbaijan and Armenia have been locked in a long-simmering conflict over the Nagorny Karabakh region with occasional skirmishes along the front.

The latest clashes however represent a surge in tensions between the two countries.

Azerbaijan said Armenia had also suffered losses, although it did not provide any details.

In Armenia, a high-ranking defense ministry official in Armenia told Agence France-Presse that Azerbaijani "sabotage groups" had tried to break into Armenia and that they had lost 14 troops in the latest skirmish.

"Azerbaijani subversive groups were ambushed," the official said. "As a result, they have 14 dead and lots of wounded. There are no casualties or wounded on the Armenian side."

Officials in Nagorny Karabakh had said that two Armenian troops died in an attack by Azerbaijani forces on Thursday.

Despite years of negotiations since a 1994 ceasefire, the two sides have yet to sign a peace deal.