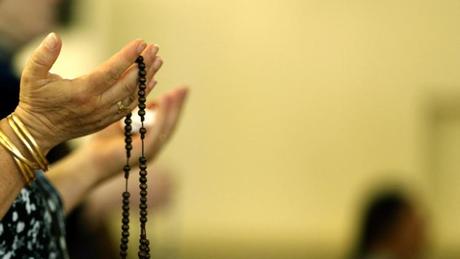 Social Affairs Minister Rashid Derbas said on Saturday that the Lebanese state didn't take any “extraordinary measures” regarding the influx of Christians from the Iraqi city of Mosul as a the Patriarchs of the Orient are set to hold a conference in Lebanon on August 7.

“The state didn't take any extraordinary measures regarding the flow of Iraqi Christians to Lebanon as it considers that their conditions are not similar to the Syrian refugees,” Derbas said in comments published in the the pan-Arab daily Asharq al-Awsat.

However, the minister revealed that he will tackle the issue on Wednesday during a meeting with Interior Minister Nouhad al-Mashnouq and Health Minister Wael Abou Faour.

He noted that the conditions of the displaced Iraqis are followed up by NGOs and churches.

Thousands of Christians and other minorities had fled the northern Iraqi city of Mosul amid last month's jihadist onslaught led by Islamic State insurgents.

IS, which announced the restoration of the caliphate last month by declaring its sovereignty over land it has seized in Syria and Iraq, has also leveled several of Mosul's most prominent religious landmarks.

According to Asharq al-Awsat, the Patriarchs of the Orient will hold a conference in Beirut on August 7 to discuss the situation of Christians in Iraq in particular and the orient in general.

Sources told the daily that discussions are underway between several countries, including the United States of America, Australia and Canada under the auspices of the United Nations, over the distribution of the displaced Christians.

Mira Qsarji, head of the media department at the Chaldean Patriarchate in Lebanon, revealed that at least 50 Christian family arrived in Lebanon since the IS controlled Mosul.

She pointed out that the displaced are currently residing in the northern Metn area of Bourj Hammoud.

“The financial conditions of the Iraqi refugees seem to be good,” Qsarji said.

Syrian refugees, Iraqi refugees, and what next.... the lebanese are becoming refugees in their own country.

What you're trying to say is very simple: Christian refugees don't make problems. Not to offend Muslims but that's the truth. Christians don't go into other countries and incite sectarian strife. Call me a racist but I say it the way it is.

At least, they are not terrorists and as christians they are suffering from terrorism in their country, not like many others refugees that are taking Lebanon as a hostage

the christians of iraq are an asset to lebanon.
the syrian and palestinians are not!
sorry to speak the truth but i think even muslims would agree.

Without taking side this is what I notice:
I wonder why all ethnic groups But MUSLIM, can integrate in communities wherever they go. Just look at the world map and see that MUSLIMs are the root cause for all troubled areas.
I exclude Muslim minorities just until they reach 5%.