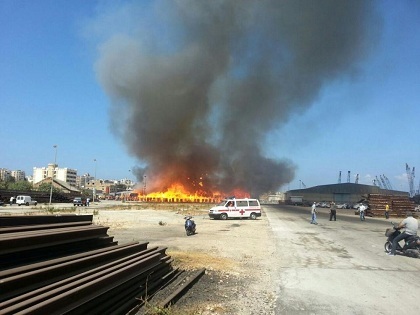 Firefighters succeeded on Saturday in controlling a large fire that had erupted at warehouses in the port of the northern city of Tripoli, reported the National News Agency.

It said that the fire broke out at warehouses of the Sanita company.

The blaze destroyed three of the warehouses despite firefighter efforts to extinguish it.

The causes of the fire have yet to be determined.

No injuries were reported.

you mean like steel industries, ballistic missiles, gold mining, aircraft manufacturing, etc. all of which we have raw materials for and will lend themselves to competitive markets.