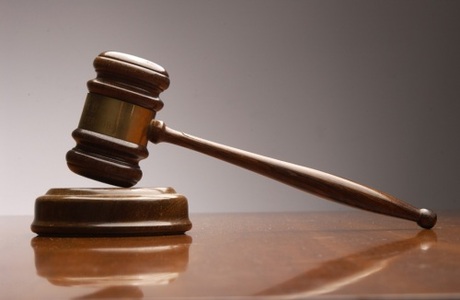 Saudi Arabia has jailed four of its citizens for up to nearly three years after convicting them of joining or trying to join the conflict in Syria, media reported Sunday.

Two of the men, who were not identified by name, had traveled to Yemen and then Turkey using falsified passports with the intention of joining rebel groups, news website Sabq.org reported.

It did not clarify whether the pair had surrendered to authorities, a possibility that would explain the lenient jail terms of four months for the first and two years and 10 months for the second, handed down by a special court in Riyadh.

King Abdullah in February decreed jail terms of up to 20 years for citizens who travel to fight abroad, as the country struggles to deter young Saudis from becoming jihadists.

The other two men made it to Syria but later gave themselves up to Saudi authorities after they were shocked by the extremist ideologies of the groups they had joined, Sabq said.

One was jailed for 18 months, and the second for two a half years, the website said.

The report did not mention which groups fighting in the Syria conflict, that has attracted foreign militants to fight mainly against the Syrian regime, had recruited the four Saudis.

The Sunni-majority conservative kingdom in the Gulf has been a key backer of the more than three-year revolt against President Bashar Assad's regime, which is dominated by the Alawite offshoot of Shiite Islam.

There are no official figures on the numbers of Saudis who have joined jihadist ranks in Syria, but they are estimated at several hundred.

In 2011, Riyadh set up specialized terrorism courts to try dozens of Saudis and foreigners accused of belonging to al-Qaida or of being involved in a wave of bloody attacks that swept the country from 2003.

The interior ministry had urged those wanting to "repent" to hand themselves in at Saudi embassies, saying they would be repatriated and reunited with their families.