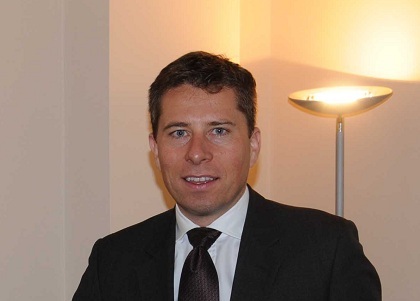 British Ambassador Tom Fletcher said Monday that it was necessary for rival Lebanese leaders to come together to face rising threats.

“It is a moment of mounting threats to the country and to its people, so it is even more important than ever that Lebanon’s leaders come together in a spirit of tolerance, moderation, and consensus,” said Fletcher following talks with al-Mustaqbal movement leader ex-PM Saad Hariri.

He called for “wisdom and courage to face together these threats” and reiterated that Britain “stands in solidarity with the Lebanese people.”

The diplomat welcomed Hariri's decision to return to Beirut.

“In the coming days I hope to be speaking further about ways in which we will show that when Lebanon is in trouble, Britain will remain on Lebanon’s side,” Fletcher told reporters at the Center House in Beirut..

He added that he “looked forward to meeting other leaders in the coming days we set out the ways in which we will lend out support as Lebanon circles the wagons in order to keep the conflicts out of the country.”

this guy thinks he is the Mother Theresa of politics!!!