Lebanese Man Linked to U.N. Deaths Agrees to be Deported 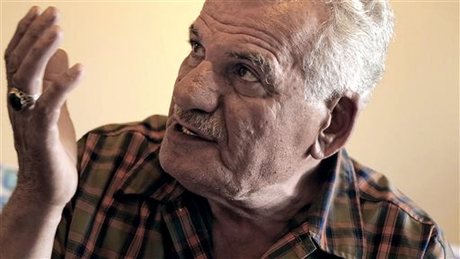 A man suspected in the deaths of two United Nations peacekeepers in 1980 admitted Monday that he entered the United States without proper documentation and agreed to return to his native Lebanon.

Mahmoud Bazzi, 71, wants to return to Lebanon through a route that does not take him through Europe, his attorney Karim Ajluni told immigration court in Detroit.

The Irish government suspects Bazzi in the deaths of two of its soldiers assigned to United Nations peacekeeping duties in Lebanon. Bazzi isn't charged with killing Derek Smallhorne and Thomas Barrett and insists he wasn't involved.

Frank Ledda, the government's lawyer in the immigration case, said Bazzi's deportation has nothing to do with those allegations.

The agreement was "simply designed to remove him from the United States," Ledda said.

Bazzi and his attorney wanted him to travel directly to Lebanon, but Ledda said "there is no direct route that we can travel by."

Ajluni said Bazzi didn't want to travel through Europe because of the Irish government's interest in him.

"We do not want any complications by any government officials or being stopped at an airport," Ajluni said. "His order is very clear. He should be deported to Lebanon."

Khaalid Walls, a spokesman for U.S. Immigration and Customs Enforcement, told The Associated Press that "the government hasn't agreed to avoid any specific territory."

It wasn't clear when Bazzi would leave the U.S., but deportations usually take about 30 days, Ajluni said. Homeland Security officials were holding him at the St. Clair County Jail. He was arrested in Dearborn in July.

Bazzi entered in 1994 and later gave false information in immigration proceedings that led officials to grant him permanent residence status in the U.S., according to Immigration and Customs Enforcement.

"One of the agency's highest priorities is to ensure that our nation's immigration system is not exploited by those who seek to illegally gain refuge in the United States by concealing their past," said Marlon Miller, special agent in charge of the Homeland Security Investigations office in Detroit.

Immigration Judge David Paruch warned Bazzi — whose wife and three daughters will remain in the U.S. — that he will not be allowed to return for at least 10 years without permission from the U.S. government.

Bazzi told the judge that he asked his wife to pack an American flag among his belongings.

"I want the American flag with me," he said. "I moved to this country and I love this country."

Bazzi's daughter, Malak Bazzi, told reporters that he could face trial in Lebanon in the deaths of the Irish soldiers.

"There isn't really any evidence against him," she said. "My dad's always wanted to go back to Lebanon. I hope he just stays there and lives the rest of his life."

The AP left a message Monday seeking comment from Eamon Saunders, counselor for Justice and Home Affairs with the Embassy of Ireland in Washington.

Saunders told reporters at an earlier hearing that his country was "interested in" Bazzi's deportation.

the way things are going, don't be surprised to see HA and USA flags flying side by side

This article fails to mention that this guy was actually a member of the SLA.