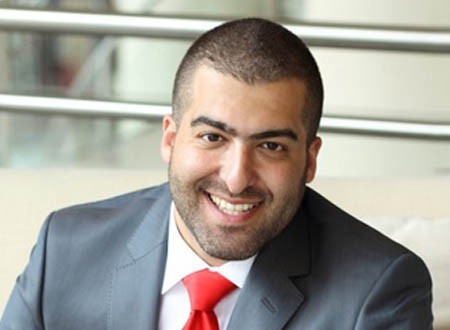 Jordanian police on Friday announced that it has discovered the body of Lebanese journalist Mazen Diab at his house in the capital Amman.

"Security forces found the body of Diab tied with ropes inside his apartment,” Jordanian news agency ZAD said, noting that his house is located on Mecca Street in Amman.

"Security bodies have launched an investigation in this matter and are listening to the testimonies of the slain journalist's neighbors,” ZAD added.

The neighbors confirmed that Diab was stabbed repeatedly, according to the same source.

But an informed source told Jordan's al-Ghad website that the journalist was strangled to death.

"Investigation is ongoing to uncover all circumstances surrounding his death,” a security source told al-Ghad.

The body of Diab was referred to a forensic doctor to determine the causes of death, noted ZAD.

The Lebanese citizen's death was discovered after a friend visited his house and repeatedly knocked on the door and called him, but failed to reach him.

"He then took off the door of the house with force and discovered Diab's body,” the informed source told al-Ghad.

Diab, 31, presented a program on Jordan's Sawt al-Ghad radio station before his death. He suffered from lung cancer and had underwent an operation to remove a part of his lungs a year ago.

He graduated from Studio al-Fan talent show in 2002 when he applied to become a TV journalist, and earned a graduate degree from the Beirut Arab University.

FT
Right on dude Naharnet knows better than us Cancer can tie you, stabs you and then kills you.....Pfffffffffff

Seriously? Are we reading the same article? Your comment makes no sense at all.

Back off haters! An innocent guy was murdered... Have some respect! Mazen was a good guy... May he rest in peace inshallah.