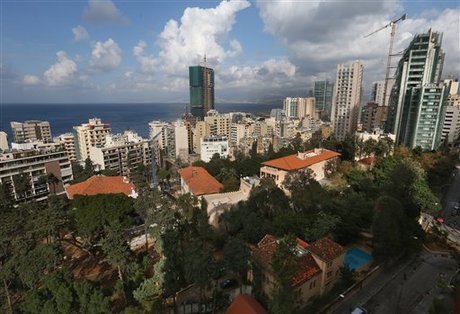 The U.S. Department of State issued a travel warning advisory to Lebanon over ongoing safety and security concerns, following the latest travel warning issued in January.

“U.S. citizens living and working in Lebanon should understand that they accept risks in remaining and should carefully consider those risks,” the Department of State said in a statement.

U.S. citizens were urged not to travel to Lebanon due to “potential death or injury.”

“The frequency of terrorist bombing attacks throughout the country that have targeted specific individuals or venues have resulted in death and injuries to passersby.”

The statement pointed out that “there is a real possibility of wrong place, wrong time harm to U.S. citizens.”

The Department of State cited in its statement the bombings that occurred in Lebanon since June 2013.

It warned that “sudden outbreaks of violence and kidnappings can occur at any time,” adding that the ability of U.S. staff to reach travelers or provide emergency services is “severely limited” in several cases.

The Department of State considered that U.S. government personnel in Beirut are at great risk, which requires them to live and work under strict security measures.

The statement also said that extremist groups operate in Lebanon, including Hizbullah, the Islamic State of Iraq and the Levant (ISIL), the Qaida-linked Abdullah Azzam Brigades and al-Qaida affiliate al-Nusra Front.

The Department of State urged U.S. nationals in Lebanon to monitor developments in Syria, which have a direct impact on stability in Lebanon.

It called on U.S. citizens traveling to or residing in Lebanon to enroll in the Department of Smart Traveler Enrollment Program (STEP) to get the latest security updates, and makes it easier for the U.S. embassy or nearest U.S. consulate to contact nationals in an emergency.

The conflict in Syria has increasingly spilled over into Lebanon in the shape of deadly clashes and bombings.