Asiri: We Won't Allow ISIL to Impose itself on Lebanon 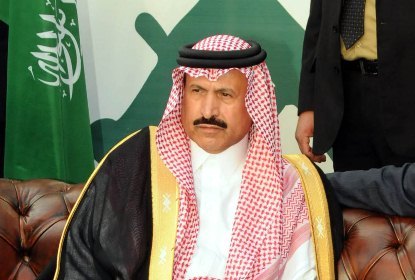 He told the radio: “We will not allow the Islamic State of Iraq and the Levant or any other group to impose itself on decisions in Lebanon.”

“We hope that the unrest that was witnessed in the northeastern town of Arsal will not be repeated in any other region in Lebanon,” he added.

“This unrest should prompt Lebanese unity to fortify the country,” said the ambassador.

“National unity alone will protect Lebanon and preserve its stability,” he stressed.

Clashes broke out on August 2 between the army and Islamist gunmen in the northeastern border town of Arsal in wake of the arrest of a prominent member of al-Nusra Front, Imad Jomaa.

A number of soldiers were killed and wounded in the unrest that ended with a ceasefire on August 7.

The gunmen withdrew from the town, but abducted a number of soldiers and security forces.

Asked about any possible dialogue in the future between the Mustaqbal Movement and Hizbullah, Asiri replied: “Saudi Arabia welcomes and encourages the Lebanese political powers to hold dialogue and reach agreements that favor Lebanon's interest.”

“Dialogue and communication is needed among all the Lebanese in order to discuss the constitutional deadlines that will help restore normalcy in the country,” he stated.

“Direct and constructive dialogue, in any form, will benefit Lebanon in the short and long terms,” he emphasized to VDL (93.3).

The pan-Arab daily al-Hayat reported last week that a meeting between head of the Mustaqbal Movement MP Saad Hariri and Hizbullah Secretary General Sayyed Hassan Nasrallah is not on the agenda of the former premier.

The meeting between the two officials will not be held any time soon as the rift with Hizbullah is still acute.

Circles close to Hariri told the newspaper that the sharp differences with Hizbullah, in particular regarding its involvement in battles in neighboring country Syria and the negative repercussions of the party's decision, is the main reason for the wide gap between the two leaders.

Since the independence of Lebanon the political and social environment did not change, distrust and sometime hate among politicians and among the population have always existed . From time to time new names joined the political arena ,but they all use same rhetorics to solve same old problems .As long as distrust ,corruption and discrimination remain ,the Lebanese environment and society is a sleeping volcano waiting for the next eruption.

KSA gives to the Lebanese government, regardless of whether it is M14 or M8. Thank you KSA for all the kindness and support you have given our country at all levels.

wrong. It is LEGAL and it was approved and accepted by the Lebanese government 2 days ago. The money will be deposited in the Central bank.

your hizb and your change and reform party are in the government and they too accepted and not objected to what you call a bribe?

yesterday you called it a bribe, now you changed your tune. LOL

On the one hand, Saudi is a force for stability in Lebanon that supports the army, the financial stability and the country at large.

On the other hand, they have those madrassahs in their country where they teach their wahabi interpretation of islam and create a fertile environment for young men to be attracted to ISIS.

more censored comments, seems like some subjects (esp those concerning terrorists, saudis, and israelis) are very sensitive for naharnet.

And what do you think of the saudi ambassador's tone, when he says what he "allows" or not in Lebanon?

I am convinced you are a paid poster. Nobody has the time or stamina to repost something 2 or 3 times specially when it is nonsense.

what about posting useless junk and trolling continuously all day everyday with 5 accounts? seems like you have enough stamina for that.

No the Saudis help the security more than those bloody Iranians i wish we were ruled by the Saudi royal family .. we should help ISIS against Hizbullah and Assad