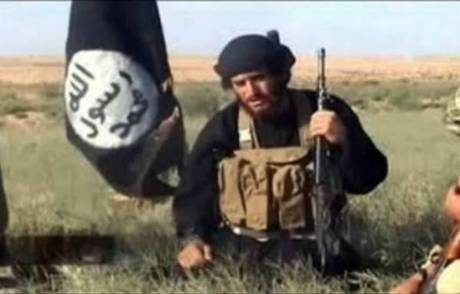 The spokesman for the Islamic State and an Algerian member of the al-Nusra Front in Syria have been placed on the US terrorist list, the State Department said Monday.

Abu Mohamed al-Adnani, the IS spokesman, was placed on the list after announcing June 30 the establishment of an Islamic caliphate in territory the group controls in northern Iraq and Syria.

Adnani, whose real name is Taha Sobhi Falaha, also exhorted IS followers to take Baghdad in videos posted on the Internet.

He was born in 1977 in Banash near Aleppo in northern Syria.

He was added to the U.S. terrorist list after the U.N. Security Council approved sanctions against him on Friday.

The U.S. action bars Americans from engaging in transactions with Adnani and freezes any assets he may have in the United States.

The same measure was applied to Said Arif, an Algerian considered a top recruiter of foreign fighters in Syria, including a number of French nationals.

He also was sanctioned by the United Nations for his ties to the al-Nusra Front.

Arif was arrested in Damascus in 2003 and extradited to France where he was convicted in 2007 for his role in a plot targeting the Eiffel Tower.

But he managed to escape in 2013 from a guarded residence in the south of France.