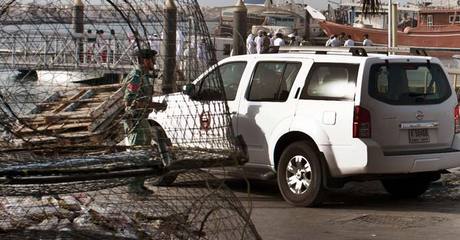 Newspapers reported that the law allows for the death sentence, life imprisonment, and fines up to 100 million dirhams ($27 million) for those found guilty of terror-related crimes.

"The law stipulates that those found guilty of attacking or threatening the President, the Vice-President or any of the Rulers of the Emirates and their family members, and those conspiring against the state and government will face capital punishment," the Khaleej Times daily reported.

Individuals "involved in carrying out, planning or assisting to carry out terrorist activities in the country or planning such activities outside but planned here will face these penalties," the daily added.

The tougher penalties come amid regional and international fears about the rise of the radical Islamic State jihadists, who have seized territories in Syria and Iraq.

The UAE, an oil-rich Gulf monarchy which has emerged unscathed from the wave of Arab Spring uprisings in 2011, is following the lead of neighboring regional heavyweight Saudi Arabia.

The ultra-conservative Muslim kingdom in February announced jail terms of up to 20 years for belonging to "terrorist groups" and fighting abroad. It also laid out tough sanctions for anyone backing such organisations.

Saudi Arabia has published a list of organisations that include al-Qaida-linked jihadist groups fighting in Syria, and the Muslim Brotherhood, as well as other movements.

In June, a UAE top court jailed six Arabs for seven years after convicting them of forming an "al-Qaida" cell and raising funds for Al-Nusra Front, the jihadist network's Syrian affiliate.

Dozens of Emiratis and Egyptians have also been jailed in recent months in the UAE for forming cells of the Muslim Brotherhood, which is outlawed in Egypt and accused of seeking to overthrow the Gulf monarchies.