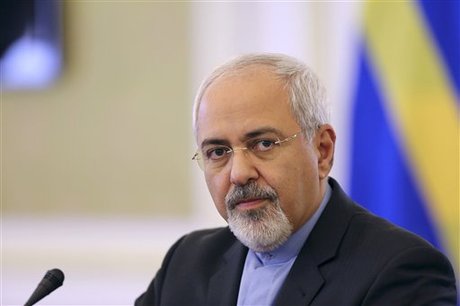 Iranian Foreign Minister Mohammad Javad Zarif denied in Baghdad Sunday that any of his country's soldiers are in Iraq to help battle a jihadist-led offensive.

"We are cooperating and working... with the Iraqi government and with the Kurdish government in order to repel this very serious, atrocious group," Zarif said of the jihadist Islamic State (IS), which has spearheaded a militant offensive that has overrun large areas of Iraq.

"But we do not believe that they need the presence of Iranian soldiers in order to do this task," he said at a joint news conference with his Iraqi counterpart Hoshyar Zebari.

There have been reports of Iranian forces fighting in Iraq, and despite Zarif's denial, evidence including the death of an Iranian pilot and the presence of several Iranian Su-25 warplanes points to a more direct military role by Iraq's Shiite neighbor to the east.

Zarif also called for an international effort against IS which he said is "committing acts of horrendous genocide and crimes against humanity" and "needs to be tackled the international community and by every country in the region."

Iran was a long-time backer of Maliki, before dropping its support of the divisive leader earlier this month in favor of Abadi, helping to ensure the latter becomes Iraq's next premier.