Kataeb: Unreal Initiatives Must Stop because They Only Harm the Presidency 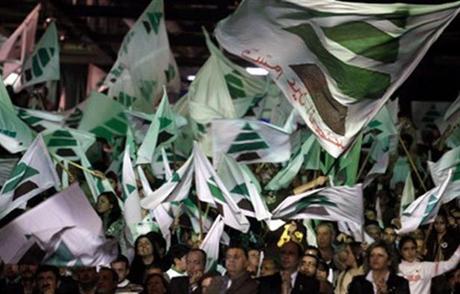 The Kataeb Party on Monday demanded ending “unreal initiatives” aimed at overcoming the presidential impasse, stressing that holding the vote is the “only solution for current hot crises.”

"We demand an end to all unreal initiatives that only aim at harming the presidency and distract from the main task of electing a new president according to constitutional rules,” the party said in a released statement after its political bureau's weekly meeting.

The politburo was referring to Free Patriotic Movement leader MP Michel Aoun's initiative of a president by the people.

The Kataeb's statement continued: “There is no longer a way out of the vacuum except by heading to the parliament and rejecting to resign our role or leave foreign factors take control of the great national juncture.”

In a related matter, the conferees stated that the cabinet, who has assumed the powers of the president, is “adopting a soft approach that is inconvenient with the dangers of the stage which demand radical confrontation of national problems.”

They added: “The presidential polls are a mandatory and safe passageway to deal with all critical issues, on top of them the security situation that signals alarming developments, and the social situation that threatens popular disturbances.”

In the same context, the Kataeb political bureau warned of the repetition of Arsal-like events “if the authority does not adopt measures on the ground to protect the town and its residents, especially with the presence of gunmen and their raids.”

The politburo called on the cabinet to convene in an extraordinary session, in the presence of army chief General Jean Qahwaji and security officials, “to set a coordinated plan and form a cell to deal with the situation in Arsal and other border regions, and to release the abducted troops.”

Earlier this month, deadly clashes took place in the northeastern border town of Arsal between jihadi militants and army troops. The fighting resulted in the death of 17 troops and the abduction of dozens others, among them Internal Security Forces members.

Since the clashes, more than 100 armed Syrian and Lebanese men have been roaming the Bekaa region while Interior Minister Nouhad al-Mashnouq admitted that the Arsal issue “is not over yet.”

"It violates U.N. Security Council resolution 1701 and shakes stability in the region. We call for dealing strictly with those behind this act.”