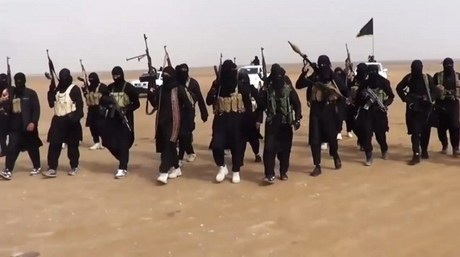 Saudi police have arrested eight people in the northwest suspected of recruiting young people to join the Islamic State jihadist group in Iraq and Syria, the interior ministry said Tuesday.

The arrests were made as part of security operation implementing a royal decree ordering a crackdown on members and supporters of extremist groups, the statement said.

An imam and a teacher were among the people arrested, "supporters of the Islamic State, accused of encouraging young people to go to the war zones in Syria and Iraq," the Saudi-owned pan-Arab daily al-Hayat reported.

The largely Sunni kingdom of Saudi Arabia favors an austere form of Islam but has been exasperated by the rise of Islamist radicals across the Middle East.

On March 7, it declared extremist groups to be "terrorist organizations" and instructed Saudis fighting in other countries to return home.

Groups classified as terrorist by Riyadh include the Islamic State and al-Qaida and its affiliates.

They also include the Muslim Brotherhood after Saudi authorities strongly supported the Egyptian army's overthrow of president Mohammed Morsi and its subsequent bloody crackdown on his Islamist movement.

In February, the government said any Saudi taking part in foreign fighting and belonging to "terrorist groups" would face a prison sentence of three to 20 years.