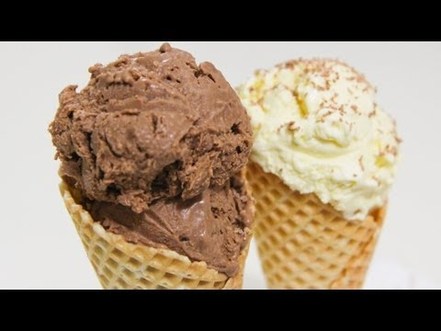 Italian Prime Minister Matteo Renzi handed out ice creams to journalists at his official residence Friday in a lighthearted response to a cover of the Economist weekly showing him on a sinking ship, cone in hand.

Shortly after presiding over a cabinet meeting, Renzi called a press conference where a master ice cream maker had been called in to help him with the stunt.

"I happily offer you an ice cream, it's real Italian gelato," he told the assembled reporters.

The picture which prompted his largesse was a photo-montage showing the three main eurozone leaders aboard a sinking paper boat made from a euro note.

Renzi is shown, ice cream cone in hand, looking like a schoolboy behind German Chancellor Angela Merkel and French President Francois Hollande below the headline "That sinking feeling (again)".

At the back of the sinking euroboat Mario Draghi, the Italian head of the European Central Bank, is shown trying to bail water out.

Renzi, Italy's youngest ever prime minister, came to power in February with many Italians buying into his reform agenda and boy-scout enthusiasm for implementing it.

The Economist has a history of poking fun at Renzi's predecessors, with media magnate Silvio Berlusconi a regular source of ridicule.