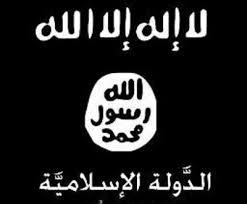 Justice Minister Ashraf Rifi vowed to legally pursue a number of protesters who set ablaze a flag for the Islamic State of Iraq and the Levant (ISIL).

The minister said in a statement issued by his press office that the ISIL flag has the first pillar of Islam (Ashahada) written on it, which is the testimony that there is no God except for Allah and Mohammed is the messenger of Allah.

Several people were seen in Beirut's Ashrafiyeh Sassine Square burning the flag of ISIL earlier in the day.

Rifi slammed the burning of the flag, which “is not related to ISIL and its terrorist course.”

He filed a request to General Prosecutor Samir Hammoud to pursue the assailants and detain them in order to prosecute them.

“This demeanor insults religions and could incite sedition,” Rifi considered.

Meanwhile, Mufti of Tripoli and the North Sheikh Malek al-Shaar revealed that he made contacts and concluded that the Sassine Square incident was “an individual act that has no political backgrounds.”

But “we strongly deplore attacks against religious symbols, regardless of which sect they represented,” he stressed.

"We leave this matter to the judiciary who has the final say in this and whom we trust.”

The Lebanese army clashed with Syrian rebels in the northeastern border town of Arsal on August 2 after the army detained a leading jihadist.

It ended with a truce negotiated by Muslim clerics, but the jihadists withdrew from the area taking 24 policemen and soldiers hostage.

The Islamic State (IS) jihadist group has prompted widespread concern as it advances in both Syria and Iraq, killing hundreds of people, including in gruesome beheading and mass executions.

Later in the day, LBCI reported that Change and Reform bloc MP Ibrahim Kanaan, who is also a lawyer, decided to defend the youth who burnt down the ISIL flag.

Rifi you are the first one who drinks alcool and eat pork. And now you show good face? Idiot

at least this taking legal channels and if the law finds that nothing illegal happened then so be it. remember when you rioted because LBC made fun of nasrullaat like they do any political figure? yeah...

My brother and I laughed so hard at your comment flamethrower!

I suggest we wrap Rifi in a couple of ISIL flags and burn them together.

i agree with Flamey on this one.

Another guy who is not afraid to be made fun of ... like his master. Keep going, keep going...bleeze

Bad point for Rifi. I am appalled by this decision.

Mr. Rifi what are you thinking? This burning of the flag has nothing to do with religion it is a political expression.

It's written the Islamic State! This flag represents Terrorism, NOT Islam.

Rifi the Sanni lunatic (actually, Sanni and lunatic are freely interchangeable) is the one who should be torched for contributing to torching Lebanon.

Agree....
Rifi doesnot even deserve a chupachups on this one....

Agree....
Rifi doesnot even deserve a chupachups on this one....

remember what nasrallah said about insulting Islam, had a Muslim carried out Khomeini's fatwā against Rushdie no one would have dared

and that he does, an expert at it.

We must all burn such a flag, and post it online!

Agreed, they exploit Islam for their own selfish gain, savage and disgusting.

You demand nothing M.F

anonymetexasusa. It's happened a few times now... I agree with u!

I read 4 articles on naharnet today and flamethrower posted 97 comments.

If rifi didn't call for legal action would this storyeven be noticed ?

When the palestenians and we Lebanese burnt the israeli flag was that meant burning the star of David and an offense to all jews? Or when some people burnt the british/ english flag was that meant burning the cross in them? The burning of flags which i personally do not support as it is a very instict behaviour, does not mean burning the symbols on the flag. We should not burn da3esh flag but "burn" those who belong to da3esh, think like them or show them any kind of direct or indirect support including this stupid minister/ thief. I think the stupid minster should resign or "burn" in hell. What he did was igniting secterian insticts. Had he left it no one would have complained as "all" lebanese are supportive of army. I have very little hope in Lebanon, the country, when i see a minister behaving as such.

By prosecuting the flag burners ; rifi is legitimizing the Chalifite group.If thats what he wants then the Lebanese government is in cahhot with this group. If he is trying to be nice to those animals then he has to bare the consequences as the arab sayinggoes: "iza akramta el-kareema malaktahoo; wa iza akramta el-la'aema tamarada..."

All Muslims are dogs. They are all terrorists and they have to work very hard to prove the opposite of what they really have shown the world in the last 10 years or so.

Rifi you got it wrong this time. This flag represents an infamy to life and not only should be burned but banned all together.

I sometimes visit Naharnet not to read its sided articles but to read FlameThrower's comments.

How could anyone think that burning the Flag of ISIS is an insult to Islam while those bearing it are doing a great job sullying Islam by their atrocious barbaric acts?
I guess it was a slow day in the ministry!

Rifi must decide if he and importantly his role as Justice Minister in Lebanon's cabinet is defending ISIS. From the look of it, he is! And that is a shame, especially coming from a liberal, educated Sunni. He must retract his position of defending ISIS!!