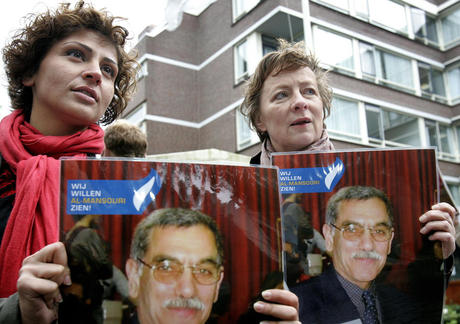 A Dutch-Iranian human rights campaigner who had been sentenced to death in Iran has been freed and allowed to return home to the Netherlands, his son told a Dutch press agency on Friday.

"He did not expect to leave prison alive," the son said.

A defender of Arab minority rights in Iran, Mansouri was sentenced to death in 2007 for "terrorism", but this was later commuted to 15 years in prison.

He does not know why he was released so early, ANP reported. His son said Iranian prisoners can be released early for good behaviour.

Mansouri was convicted for his work in the Khuzestan province of western Iran, where the majority Sunni-Arab population has pushed for greater autonomy.

Human rights organisations have accused the government of suppressing the language and culture of Iranian Arabs, seizing land and killing protesters.

Rich in oil, the region saw numerous bombings by separatists in the mid-2000s.

Mansouri was awarded for his work in support of the Arab minority by Queen Beatrix. He gained Dutch citizenship in the 1980s after fleeing Iran.

He was arrested in May 2006 in Syria, a close ally of Tehran, and extradited to Iran.

Mansouri was tried for the religious offence of "Moharebeh" -- often translated as "enemy of God" -- a charge often used to condemn political dissidents to death in Iran.

It was claimed he had assisted Iraq during its war with Iran in the 1980s, although Amnesty International said no evidence was ever made public.

"The Netherlands invested a lot in his release and we are grateful for the cooperation of the Iranian government."