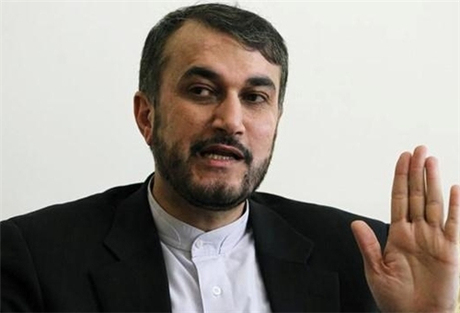 A top Iranian official is expected to arrive in Beirut next week for talks with senior Lebanese leaders, As Safir newspaper reported on Friday.

Deputy Iranian Foreign Minister for the Arab and African Affairs Hussein Amir-Abdollahian will hold talks with senior Lebanese officials and brief them on the latest talks between his country and Saudi Arabia.

Iran and Saudi Arabia are on opposite sides of the Syrian conflict, with Tehran backing President Bashar Assad and Riyadh supporting the rebels trying to topple him.

However, a meeting was held last month between Saudi Foreign Minister Prince Saud al-Faisal with Amir-Abdollahian. The visit was considered to be the first by a high-level official from Shiite Iran to Sunni Saudi Arabia since Hassan Rouhani became the Islamic republic's president in August last year.

Amir-Abdollahian will reportedly call on Lebanese officials to safeguard the local situation and call for dialogue among them to reach common grounds concerning the constitutional deadlines.

He will also offer aid to Lebanon to combat terrorism.

Hezbollah's emissary is coming. So of course what he says goes, not what Lebanon says.

Wow FlameThrower...you've figured it all out...and with such eloquence! Why do you waste all your talents on this board when you could be enlightening the masses with your solidly-grounded insight. I'm so impressed by your inner drive in needing to address each and every post on Naharnet that even remotely hints that Lebanon is being influenced by Iran. How dare these people draw such far-fetched conclusions?! I, for one, am comforted to know that the future of Lebanon is secure as long as novel thinkers like yourself are patrolling the message boards. Bravo!

Hezbollah will just set up their car bombs and arm themselves if anyone speaks up, you know it, and any other sane person knows it.

So the prospector-general is coming to survey the conquered territories...

hello my name is shah and i am a christian from iran.

unfortunately, flame and co. had it deleted. They don't want to see Qassem Suleimani, the head of the iranian revolutionary guard dancing and celebrating in Iraq. They maintain Iran is not involved in Iraq. LOL

thanks for the link! It is out in the open now beyond any doubt.

4 hours ago The Ouzai highway was reopened after residents blocked it to protest the power outage in the area.

Please don't come, we have enough pain in the neck, we're better off without pain in the ......