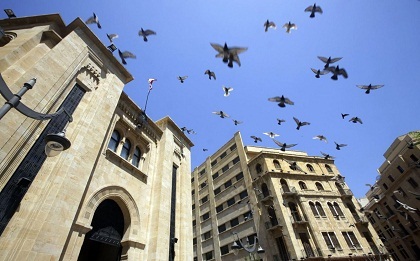 Members of the March 14 alliance will submit their nominations for the parliamentary elections despite the differences among them over holding the polls in light of the vacuum in the presidency, reported al-Joumhouria newspaper on Friday.

Leading sources from the camp told the daily: “The two camps within the alliance will respect constitutional deadlines and they will not hesitate to stage the polls if there was agreement among all political blocs to hold them.”

“Submitting nominations is a normal matter and any action other than that will be interpreted as a boycott of the polls,” they added.

“The only reservations that camp has lies in staging the polls before the election of a new president,” they explained.

Sources from the Mustaqbal parliamentary bloc meanwhile told al-Liwaa newspaper on Friday that the members of the March 14 alliance will begin submitting their nominations at the Interior Ministry next week.

“This does not necessarily mean that the elections will be held,” they said.

On Thursday, Speaker Nabih Berri and his Development and Liberation parliamentary bloc submitted their candidacies for the polls.

Interior Minister Nouhad al-Mashnouq issued a memo last week detailing the documents needed for those seeking to run in the elections on November 16.

The memo was based on a decree that he issued last month, calling on the electoral bodies to elect lawmakers.

Last year, the rival MPs extended their tenure until November 2014 after they failed to agree on a new electoral draft-law.

Lebanon has been without a president since May 25 when Michel Suleiman's six-year term ended amid differences between the rival parliamentary blocs on a compromise candidate.