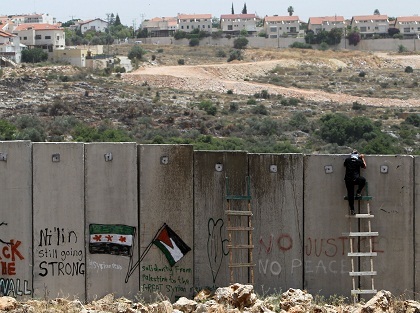 The expansion of the Elkana settlement, in the northwest of the West Bank, was approved in January and the tenders published Thursday, Israel's Land Authority said on its website.

The Jewish state in January said it would advance the construction of some 5,000 new settler homes in annexed east Jerusalem and the occupied West Bank, including in Elkana, Haaretz newspaper reported at the time.

Haaretz said that move was aimed at diffusing Israeli public anger over the release of Palestinian prisoners under U.S.-brokered peace talks that later collapsed.

The process for those units had been put on hold over the summer during the Gaza war, housing ministry spokesman Ariel Rozenberg told AFP.

Israel announced Sunday its biggest land grab in the West Bank since the 1980s, saying it planned to expropriate 400 hectares (988 acres) of land in the south of the territory, between the cities of Bethlehem and Hebron.

That move drew international condemnation, even from ally the United States and some Israeli cabinet ministers.

The U.S. State Department urged Israel to "reverse this decision," and U.N. Secretary General Ban Ki-moon said he was "alarmed" by Israel's plans.

Israel's settlement building, which is illegal under international law, is seen as an obstacle to any lasting peace with the Palestinians, who want their future state to be on land much of which Israel has annexed or built settlements on.

Jerusalem's municipality on Wednesday authorized the construction of 2,200 residential units in an Arab neighborhood of east Jerusalem, saying it was aimed at "upgrading the standard of living and assuming responsibility for all activities taking place in Arab neighborhoods."