Change and Reform Will Head to Parliamentary Polls 'despite Violations' 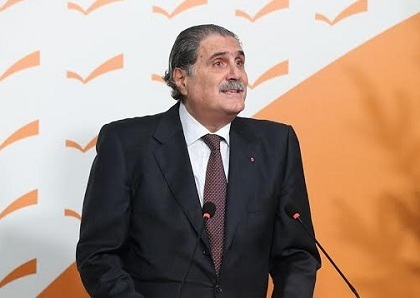 The Change and Reform bloc renewed on Tuesday its rejection of the extension of parliament's term for a second time, voicing its readiness to participate in the upcoming parliamentary elections.

“We are keen on the principle of the rotation of power, which is why we have repeatedly rejected the extension of parliament's term,” he explained.

“We support holding the polls as scheduled,” declared Jreissati.

The violations linked to the elections will not act as obstacles to holding them, he added.

These violations include the delay in inviting the electoral authorities to stage the polls and forming the committee that will oversee them.

The parliamentary elections are scheduled for November.

In addition, the Change and Reform bloc addressed the Lebanese Forces' announcement that it is prepared to attend legislative sessions aimed at addressing pressing issues.

“We hope that this announcement is not a new political maneuver by the other camp aimed at obstructing legislation. We hope other blocs will adopt this stance,” said Jreissati.

“We hope that laws will be consequently be approved and that a new electoral law will be endorsed,” he continued.

LF MP Georges Adwan announced on Tuesday after talks with Speaker Nabih Berri that the party is willing to attend legislative sessions that address pressing issues, such as the new wage scale.

Parliament has not been convening over a lack of quorum at legislative sessions sparked by a boycott of blocs that believe that parliament should only play an electoral role in light of the ongoing presidential vacuum.

lol, i thought so. They will do as they are told.... extension it shall be. What a party, what hypocrites, what sectarians.!

Because the conditions aren't favourable. Duh...

So why can't they be responsible and make sure Aoun wins? You guys love to brag that the false hakim got 48 out of 128 votes. So if not all of March 14 even agrees on him, why can't Aoun just go to Parliament and get himself elected?

Sure they all want elections but nothing will happen, for starters who's gonna count the votes cast in those elections? It's usually the teachers and they are on strike and won't even do their primary job of correction exam papers. Is Bou Saab gonna issue all the candidates vouchers?