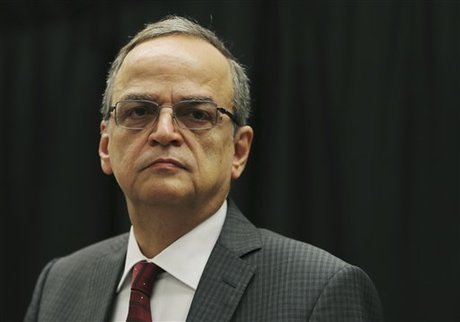 Syria's Kurdish leadership also welcomed the strikes, as fighters on the ground tried to defend a key Kurdish town from a massive IS offensive.

"Tonight, the international community has joined our fight against ISIS in Syria," Coalition president Hadi al-Bahra said, using an alternative acronym for the jihadist group.

"We have called for air strikes such as those that commenced tonight with a heavy heart and deep concern... We insist that utmost care is taken to avoid civilian casualties," he added.

The comments came after a U.S.-led coalition assembled to battle IS began air strikes against the jihadist group in eastern and northern Syria on Tuesday morning.

The opposition Coalition has backed strikes against IS, but also urged continued attention to Assad's regime.

"We are calling on all our partners to maintain pressure on the Assad regime," Bahra said.

"This war cannot be won by military means alone," he added.

"It requires a comprehensive strategy with political, economic and social components –- a process that may be supported by the international community, but must be led and implemented by Syrians."

"We are looking forward to cooperating with the (U.S.-led) coalition in the fight against terrorism," said Muslim.

Since last week, IS jihadists have carried out a major offensive against Ain al-Arab, known as Kobane by the Kurds, forcing at least 130,000 people to flee the strategic town on the Turkish border.

The Syrian Observatory for Human Rights monitoring group says more than 180,000 people have been killed in the Syrian conflict since it erupted in March 2011, while the United Nations puts the figure at 191,000.