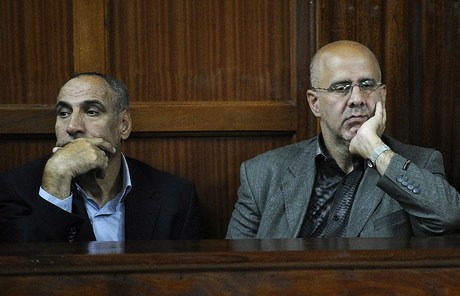 Two Iranians arrested in Kenya last week with fake Israeli passports appeared in a Nairobi court Tuesday and pleaded guilty to being in possession of forged documents.

The accused, identified as Hesamoddin Hatami alias Avsalom Tsabari and Zahra Kolabian, alias Adi Larian, told the court that they were attempting to seek asylum.

The court ordered the pair to be remanded in police custody until October 1, while awaiting official communication from the U.N. refugee agency, UNHCR, to establish if their claims were legitimate.

The prosecution team called for the pair to be deported back to Iran, but the accused argued that they would be in danger if returned.

"I'm just requesting that we shouldn't be repatriated back home because we might be killed," Hatami told the court through a translator.

Kenyan police said on Monday that they were treating the two Iranians as illegal migrants and not terrorism suspects. The duo were detained at Jomo Kenyatta International Airport on Thursday.

Security forces in Kenya have been on high alert as the country marks the anniversary of last year's attack by Somalia's al-Qaida-affiliated Shebab militia on Nairobi's Westgate shopping mall that left at least 67 dead.

Iranians are treated with particular suspicion in Kenya as the east African nation is a close ally of Israel. Last year, a Kenyan court sentenced two Iranians to life in prison for terror-related charges, including possessing explosives allegedly to be used in bomb attacks.