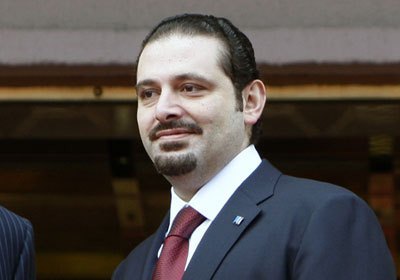 Head of the Mustaqbal Movement MP Saad Hariri chaired on Wednesday a meeting of various March 14 alliance officials to address the latest local and regional affairs, reported the daily An Nahar on Thursday.

The gatherers discussed the possibility of holding legislative sessions to tackle pending issues knowing that the movement had opposed such meetings in light of the ongoing presidential vacuum.

They also stressed the movement's position that the election of a president should be a precondition to staging the parliamentary elections.

Several presidential elections sessions have been held at parliament, but the blocs failed to elect his successor due to ongoing disputes between the March 8 and 14 camps.

The disagreement has led to disputes over holding legislative sessions given the vacuum.

The Mustaqbal and Kataeb blocs have rejected holding the meetings, while their ally, the Lebanese Forces, recently expressed its readiness to attend legislative sessions.

best place to meet is Paris off course so all of u get inspired!---- hope u had a good cafe and croissant...

Mmmm if Hassan can join wouldint it be nice. I know after all we are all Lebanese and we have class.

hahaha! I cannot stop laughing at your comments. My boss came into my office and told me off because I was laughing so hard. We love you flamethrower. Not a day goes by without you bringing joy and happiness into our lives during these difficult times.

Has Paris recently become the capital of Lebanon, as I read that so many important meetings on the country take place there.

Well i prefer paris to damscus to be honest... As long qs beyrouth is under hezbollah occupation, as long as assassinations goes in lebanon without any kind of justice, as long as sectarian millicia can invade beyrouth and mont lebanon without any reaction of our armed forces....
Maybe paris is saffer... No?
U get ur chupachups to phillipo, mabrouk, very brave and patriotic comment indeed...

Indeed no proof, un is a world conspiration organisation, videos of the martyr planting bomb in butros harb elevator where photoshoped, videos of tripoli bombings also, smaha had some explosives in his car to do a party for his niece passing brevet, the stl is a big joke (israel decided to assassinate all the anti-syrian regime politicians... 7ayyar was just a dream, it never happened...
U are perfectly right flame, how could we be so blind...
Thank u for sharing the truth with us man, now go have some chupachups...

if Hariri is the head of nothing, an ex-politician, irrelevant why then Aoun and Bassil rushed to meet him in Paris to beg for his support of aoun's bid for the presidency?