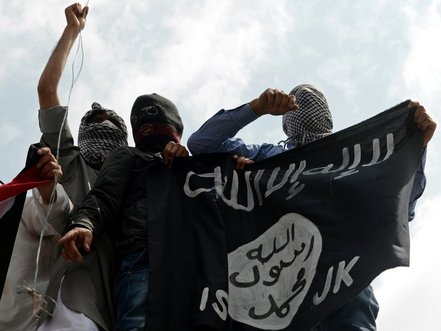 According to rights groups and residents, Samira Saleh al-Nuaimi was executed on Monday. A source at Mosul morgue confirmed to AFP that her body was brought in on September 22.

"I have also had contact with the morgue and sadly I can confirm that she is dead," Hana Edward, a prominent Iraqi rights activist who knew Nuaimi, told AFP.

The slain activist's parents were informed on Tuesday that the body was at the morgue, one of their neighbors said, speaking on condition of anonymity for fear of retribution from the jihadists.

"She was kidnapped a week ago, her body was brought back two days ago," the neighbor said by phone.

"When the family asked what she had done to deserve this, they said she had failed to express regret for making comments on Facebook condemning the demolition of the shrines," he said.

The Islamic State group has destroyed several religious and historical monuments across Iraq, notably on the grounds that revering shrines built on graves amounted to idolatry.

The Gulf Center for Human Rights said the lawyer had described as "barbaric" the destruction of Iraq's heritage by the jihadists.

"A group of masked armed men who belong to (IS) opened fire and killed her in a public square in the very heart of Mosul," the organization said in a statement.

Those brutal and nihilistic savages will soon meet the same fate they meted out to this woman. They are nothing but psychopaths & sub-animals with no mercy and must not be accorded any mercy.