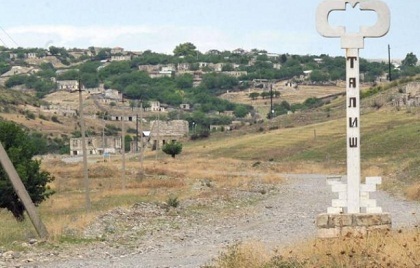 Armenian troops killed an Azerbaijani soldier in the latest border clash in the disputed Nagorny Karabakh region, officials in Baku said on Friday.

"Junior Sergeant Akhmed Tural, 24, was killed in a shootout with enemy forces as Armenia violated the ceasefire on October 9," the defense ministry in Azerbaijan said in a statement.

Two decades after a truce put their war over Karabakh on hold, Azerbaijani and Armenian forces continue to skirmish across their border and along the Karabakh frontline. Last August, more than 20 troops died on the two sides, the deadliest clashes since the 1994 ceasefire.

Ethnic Azeris were forced to leave Karabakh and ethnic Armenians were expelled from the rest of Azerbaijani territory.

Oil-rich Azerbaijan has threatened to take back the disputed region by force if negotiations do not yield results, although Moscow-backed Armenia, which is heavily armed, says it could crush any offensive.