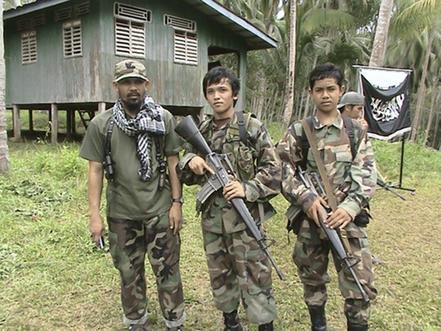 The hostages, a man in his 70s and his female partner, in her 50s, were released on Jolo island, armed forces chief General Gregorio Catapang told AFP.

A spokesman for the kidnappers, a notorious band of militants with links to Al-Qaida but who recently pledged allegiance to the Islamic State group, also announced on radio that they had been set free.

The Abu Sayyaf had given the German government until Friday to pay a $5.6-million ransom and withdraw its support for U.S. offensives against jihadists in Syria and Iraq.

The group also threatened to behead one of the hostages unless the demands were met.

The group's spokesman, Abu Rami, said on radio the militants had collected "no more, no less" than their ransom demand.

Catapang said he had no information on the supposed ransom payment, while highlighting that the military did not directly conduct negotiations over money.

"We do not negotiate with terrorists," he said on DZMM radio.

Catapang said the couple were undergoing medical check-ups at a military clinic on Jolo island and would be transferred by boat to the southern port of Zamboanga, where they would catch a flight to the capital, Manila.

Philippine authorities said the two hostages were snatched at sea in April as they sailed near the western Philippine island of Palawan.

Last week in another telephone interview by Abu Rami on a local station, the Abu Sayyaf spokesman had the couple speak into the phone to beg for their lives and recount their hardships while being held at gunpoint in remote island jungles.

Labelled a "terrorist" group by the United States and Philippine governments, the Abu Sayyaf is a loose band of a few hundred militants founded in the 1990s by Abdurajak Janjalani, an Islamic preacher and veteran of the Afghanistan war.

It was set up with seed money from Al-Qaida leader Osama bin Laden's brother-in-law.

It has kidnapped dozens of foreign aid workers, missionaries and tourists in the south.

By ransoming off its hostages for millions of dollars the group was able to raise funds to buy more arms, and it cemented its brutal reputation by beheading some of its captives -- including an American tourist seized in 2002.

The Abu Sayyaf claims it is fighting to establish an independent Islamic homeland in the Muslim populated south of the mainly Catholic Philippines.

In July, a video appeared on Youtube in which one of the Abu Sayyaf's leaders, Isnilon Hapilon, pledged allegiance to the Islamic State extremists who have taken control of large parts of Iraq and Syria.

But Philippine authorities say the Abu Sayyaf is mainly a criminal gang interested in kidnappings-for-ransom and other lucrative illegal activities.

The Abu Sayyaf is also believed to still be holding two European birdwatchers, a Malaysian fish breeder and an elderly Japanese man.

Last year, the group released retired Australian soldier Warren Rodwell and Jordanian journalist Baker Atyani after ransoms were reportedly paid. The two were abducted separately and each held captive for over a year.

In 2007, the Abu Sayyaf killed 14 marines, 10 of whom were beheaded, after they ambushed a military convoy on Basilan island. The soldiers were on a mission to rescue a kidnapped Italian priest, who was later released.

The Abu Sayyaf was also blamed for the bombing of a ferry off Manila Bay in 2004 that killed 116 people, in what Philippine authorities described as the country's worst terrorist attack.

In the past 12 years, up to 600 U.S. Special Forces troops on rotating deployments to the southern Philippines have trained Filipino troops in a bid to combat the Abu Sayyaf.

The military campaign has had some major successes, including the capture or killings of its top leaders.

But the Abu Sayyaf has survived the offensives by hiding among clannish Muslim communities on remote southern islands, and also replenishing personnel losses from the supportive local populations.